JAMES CAREW won rookie of the year on his first year on tour and now just a few seasons later has taken his first overall title on the GKA World tour! We catch up with the freshly crowned champ. 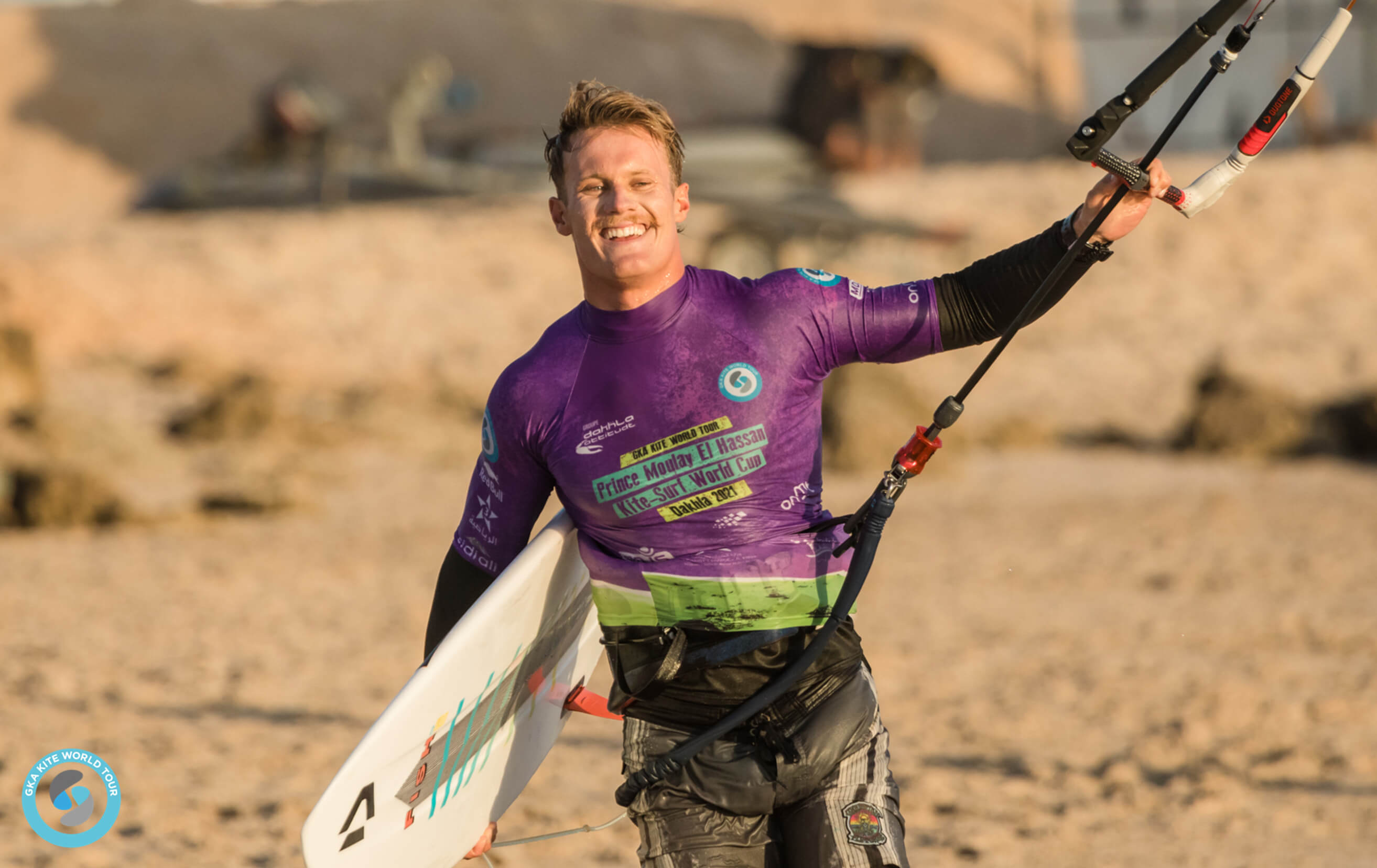 Congratulations James, how does it feel to be number one?

It feels unreal! I’m super happy, I’m really happy with where I’m at right now. It’s a dream come true! It’s been a really big goal of mine and now it's been crossed off. It’s a crazy feeling to realize that one of your biggest goals has come true! All the hard work, the days where I wanted to stop and take a break, but didn’t, it’s all paid off now, it's an unreal feeling, hard to describe. 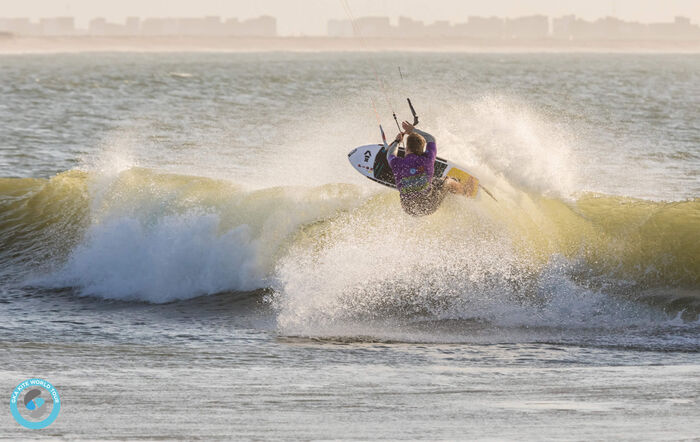 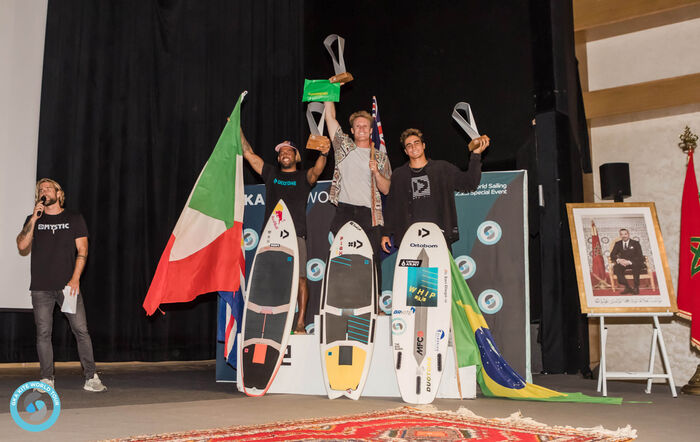 It can’t have been easy with the calibre of riders currently on tour! At what point in the season did you realize you were in a strong position to take home the title?

It was never going to be an easy task, the guys on tour now are killing it! Every event we go to the level is higher, new tricks, the guys are on another level now. It’s super competitive, and hard, but at times this year, I felt untouchable. In Sylt I think, is where I really grasped the idea that it was going to happen. In that comp, I felt no one could touch me, which proved to be right as I won the event. I think from that moment forward I more than believed that it was going to happen and I was going to get it. I started to really focus my energy on it and envision this moment.

Thinking back to when it all started, how surreal is it now to be the number one in the world?

The dream has always been to be world champion, from the first day I picked up a kite. Before I was kiting I surfed and even then I wanted to be world champ. I want to be the best at what I do, no matter what I’m doing. It was always the goal to be a world champion. In the last few years, it’s gone from being a goal to becoming more of a reality. I’ve been pushing hard in different ways, blocking a lot of things out of my life, from bad energies and people I don’t need in my life and bringing in positives and surrounding myself with like-minded people and pushing for my goals. Now it’s been realized and here we are, it’s all come to fruition. 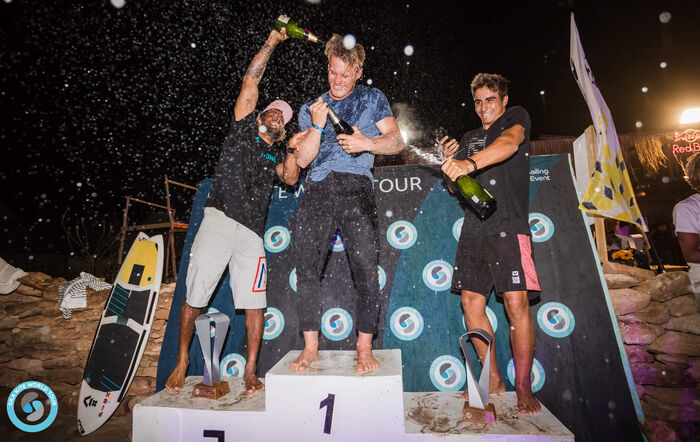 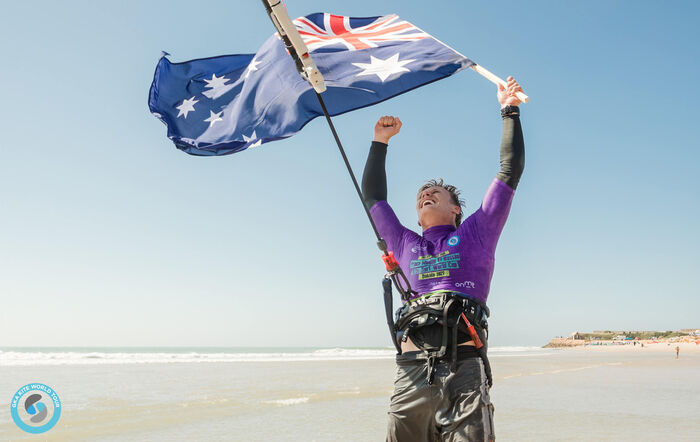 Let’s talk about the event in Dahkla, you didn’t need a win to secure the title, how did that play on your mind with strategy throughout the contest?

I didn’t know the exact situation with regard to the points needed, I knew I was leading the overall by quite a bit, as I had two wins and there was no wind in Denmark. I didn’t make a strategy based on points, I came here with the plan to win all my heats, I just wanted to come here and win the event. It didn’t end up happening and I ended up with 4th place, but got the overall. I was a little disappointed with 4th place, but it is what it is. I had a good fight with Airton (Cozzolino) in the Semi-Final and another with Sebastian (Ribeiro) which was really close. I made a few mistakes and they got the better of me. That’s how competition is.

The whole Duotone team put on a strong performance, once again taking out all 4 top spots on the men's podium. Tell us, how is that dynamic having your teammates as your closest and biggest rivals?

It’s pretty crazy to think all the top guys are on Duotone. We’re always on the podium together and we all travel together. It’s cool, we are all pretty friendly with each other, but when we are on the water, we’re all ready to rip each other's heads off! That’s cool and how it should be. Off and on the water, we are always pushing each other, whether it’s waves or big air, we’re pushing each other all the time. It’s good because some of these guys are my close friends and I get to travel around the world with them and really push myself to the max with the guys I’m competing against. 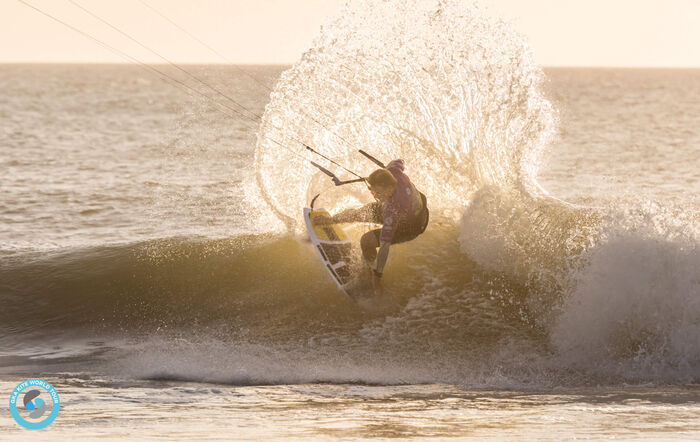 Congratulations once again James on an incredible season! Who would you like to give a shout out to?

I’d like to give a shout out to some of the guys back home, my dad and uncle and all the guys, they know who they are. They’ve all helped me get to this point. There is no way I would be here without those guys being there and helping me and getting me off my feet, they have given me a lot. A huge thank you to them! The whole team behind Duotone and our team manager, making all this possible. Also, I would like to mention my girlfriend, she’s put my mind right, giving me the courage to take what’s mine, and here we are, champion of the world!