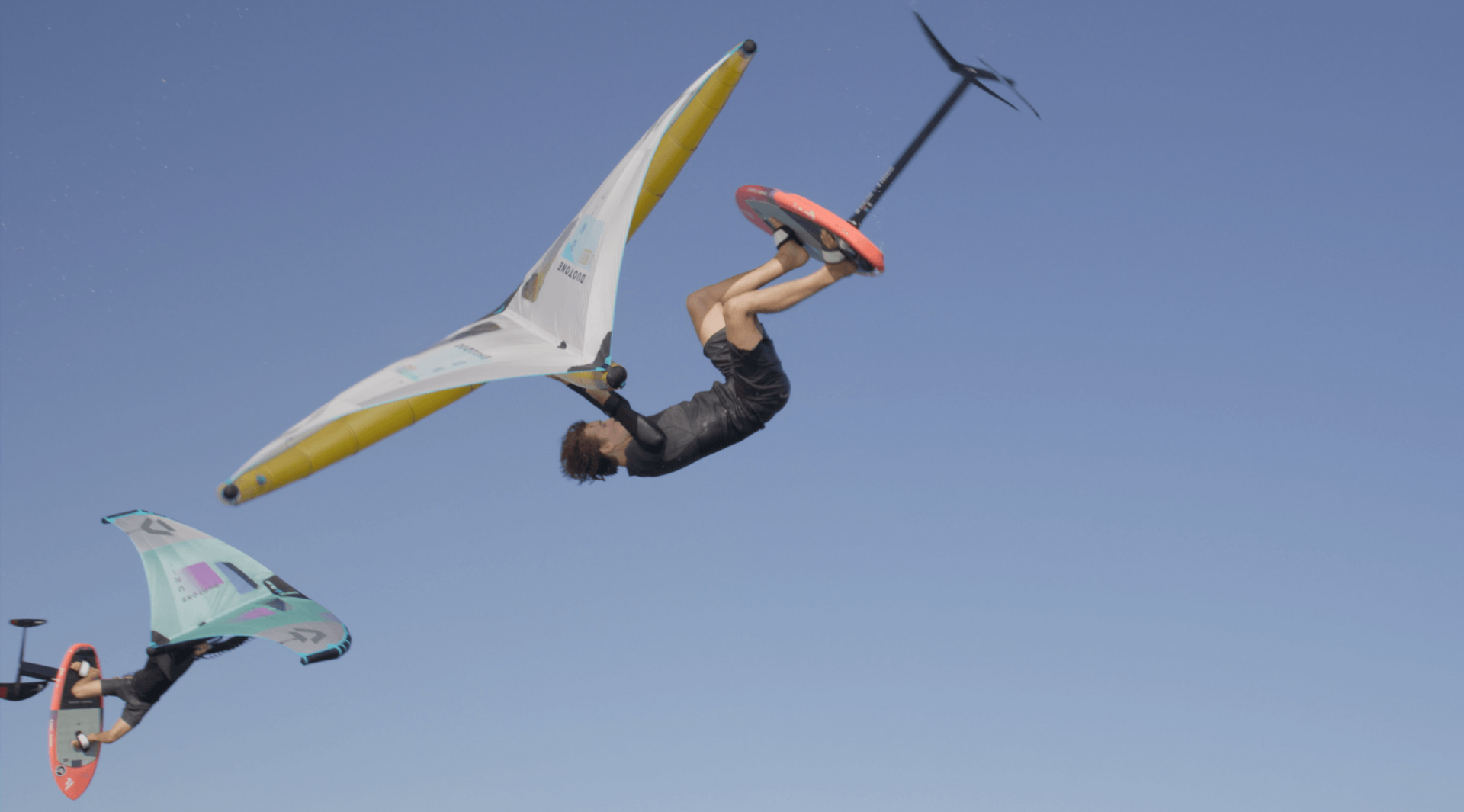 We happily announce that The Spencer Boys are now riding Duotone wings and Fanatic boards & foils!

The two brothers from Canada living on Maui are not only pioneers in Pump, SUP and Prone Foiling, they significantly influenced the world of Wing Foiling with Jeffrey being the first to land a backflip in 2020.

Time to meet the next generation of watermen for a couple of questions. 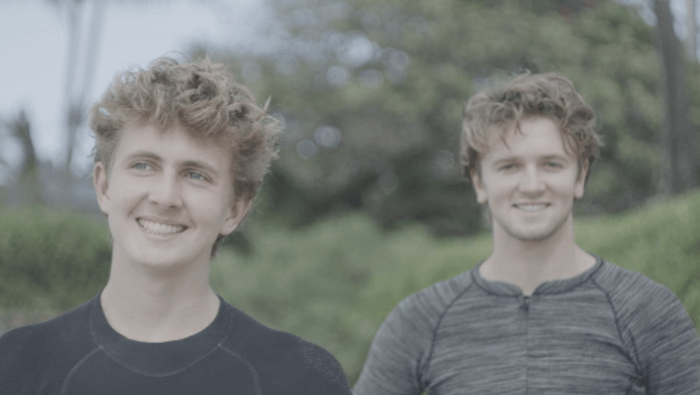 How would you describe your childhood, being brought up on Maui with the possibility to get into the ocean every day?

Growing up on Maui, it was inevitable that we would start spending time in the ocean. It started out with just playing in the shore break at our local beach and then progressed to surfing, stand-up paddling, and eventually foiling.

You already started wing foiling four years ago, when the sport was still in its beginning. How did you get into it and when did you get hooked?
We started by riding with a wing downwind and the feeling was super fun and unique. We enjoyed winging the first time we went but once we started jumping and riding waves we were hooked.

As up-and-coming watermen, you are riding all foil variations from prone-, SUP- and pump-foiling - and even have surfed waves at Jaws. What is the new dimension Wing Foiling has added to your time on the water?
Wing Foiling has allowed us to spend much more time on the water on windy days, which on Maui is about 90% of the time. There are so many fun waves up and down the coast and the wing makes it possible to ride to almost anywhere you want to.

Jeffrey, in August 2020 you were the first to land a backflip Wing Foiling. How did you get there and what has changed for you due to this coup?
After trying backflips while Surf Foiling I wanted to try something similar with the wing. After my first session I was able to flip over the wing and I was close enough that I knew it was possible. The next day I continued trying and was able to figure it out! After landing the backflip I was more comfortable trying new moves in the future.

Your progression in four years of Wing Foiling is mind blowing! How does it feel to play an active part of this latest water sport evolution? What is your vision for the sport?

It has been crazy to be a part of the evolution of winging and to see how fast the level of riding has progressed over such a short amount of time. It has also been really cool to see how many people are getting into the sport and it seems as though winging will continue to grow all over the world. 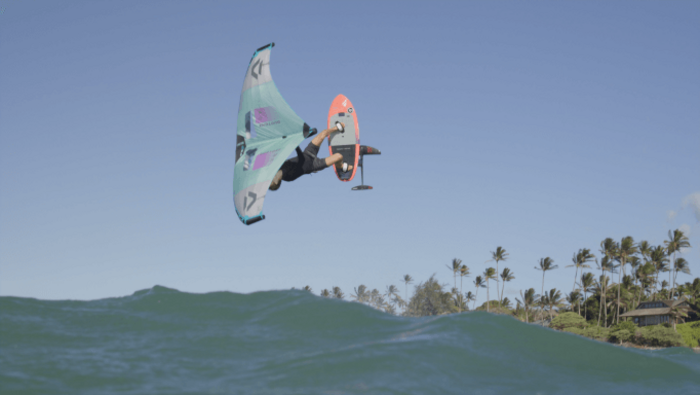 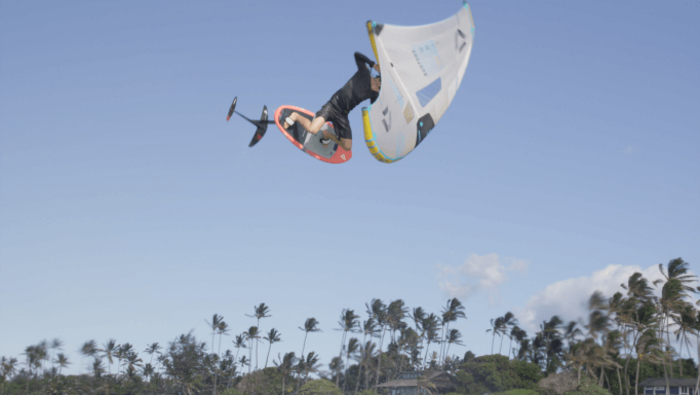 With your track record of competing in SUP Foiling, what will you focus on in the future?

We’ll continue to focus on basically all kinds of foiling, whether it be with a wing, a paddle, waves, or anything else that allows you to ride a foil.

How do you split up your time on the water between all the different foiling sports and toys?
It really depends on the conditions, its usually pretty windy on Maui so we spend a lot of time winging as well as doing SUP or Prone Foil downwinders. On the days where there are waves and not a lot of wind we’ll either Surf Foil or sometimes go Tow Foiling at the outer reefs.

Hydro Foiling is very technical! Consequently, you will get involved into the R&D work for Duotone and Fanatic. What can we expect from your analysis and expertise?
Hydro Foiling is still a very new sport so there is still so much to learn and improve on. It is amazing how much equipment has progressed in the past few years. Testing and improving products is one of our favorite parts of foiling and there is still so much potential in the future.

You are both associated together as the Spencer Boys. How do you push or support each other?
It has been great having two of us because whatever we’re doing there is always someone there to help out, whether it’s sharing tips when learning a new trick or trying to film each other, everything has been easier.

Do you mostly go on the water together or who are your best riding buddies?
We almost always ride together and we also ride a lot with our friend Annie Reickert.

Where do you want to be in 5 years?

With how much foiling has changed over the past few years and will continue changing it’s tough to tell where we will want to be, but as long as we’re still foiling and spending as much time as possible in the water, we’ll be happy.

Thank you both for the interview! We are very much looking forward to watch you in the years to come! 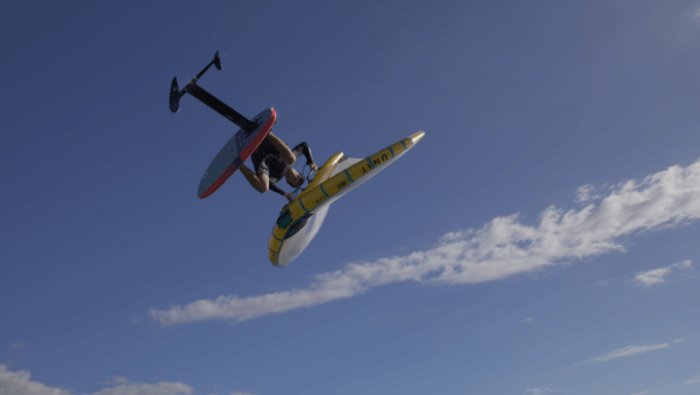 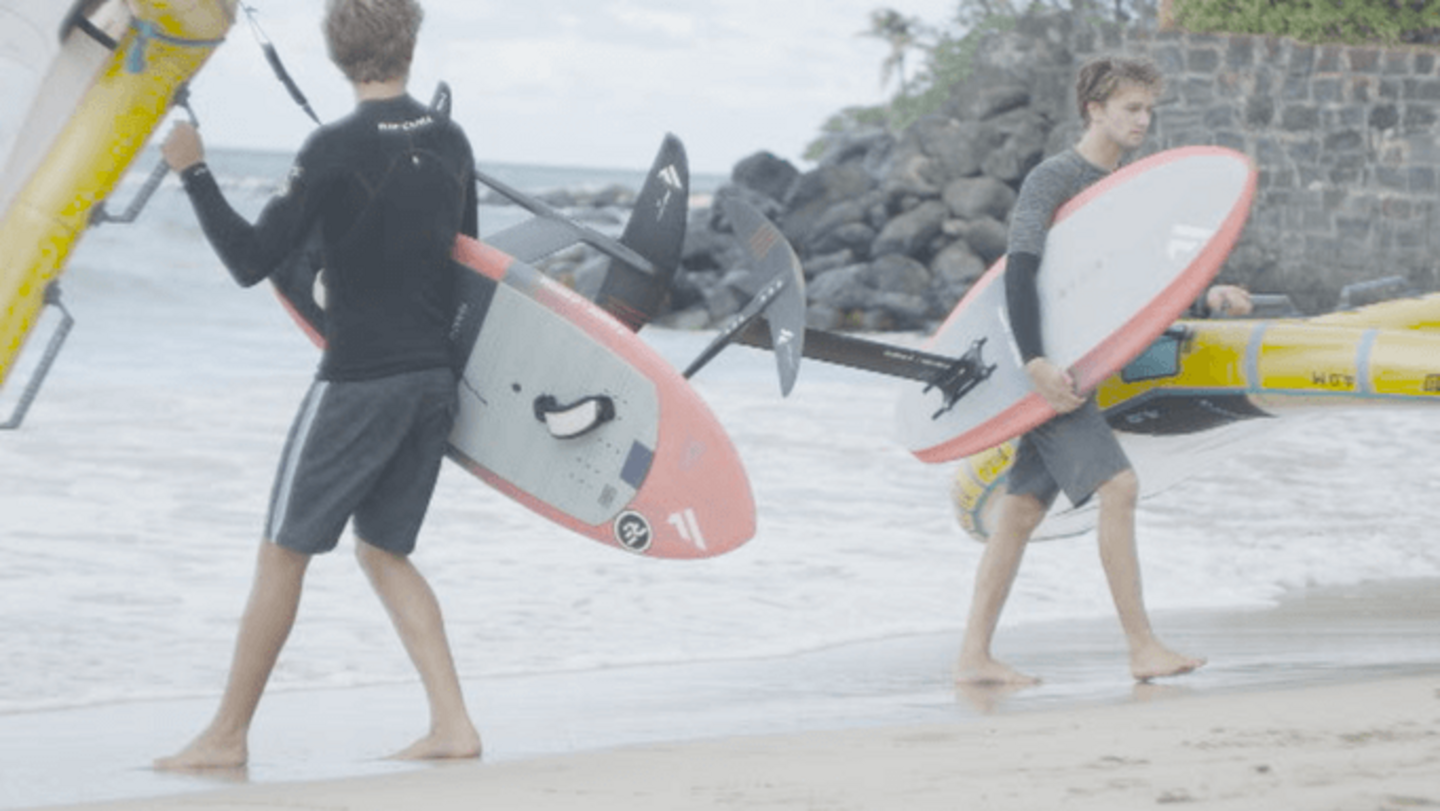