GKA Round up so far

2019 is a big year for the GKA, representing four disciplines of kiteboarding - Freestyle, Kite-Surf, Race and Park - and their respective official World Tours. The season kicked off in Gran Canaria with Freestyle, then onto Sylt for the Kite-Surf discipline, followed by a kiteboarding bonanza in the wind-sports mecca of Tarifa. With incredible results from the Duotone Team, seamless organisation from the GKA and top-notch livestream for the world to follow, here’s the round up so far. 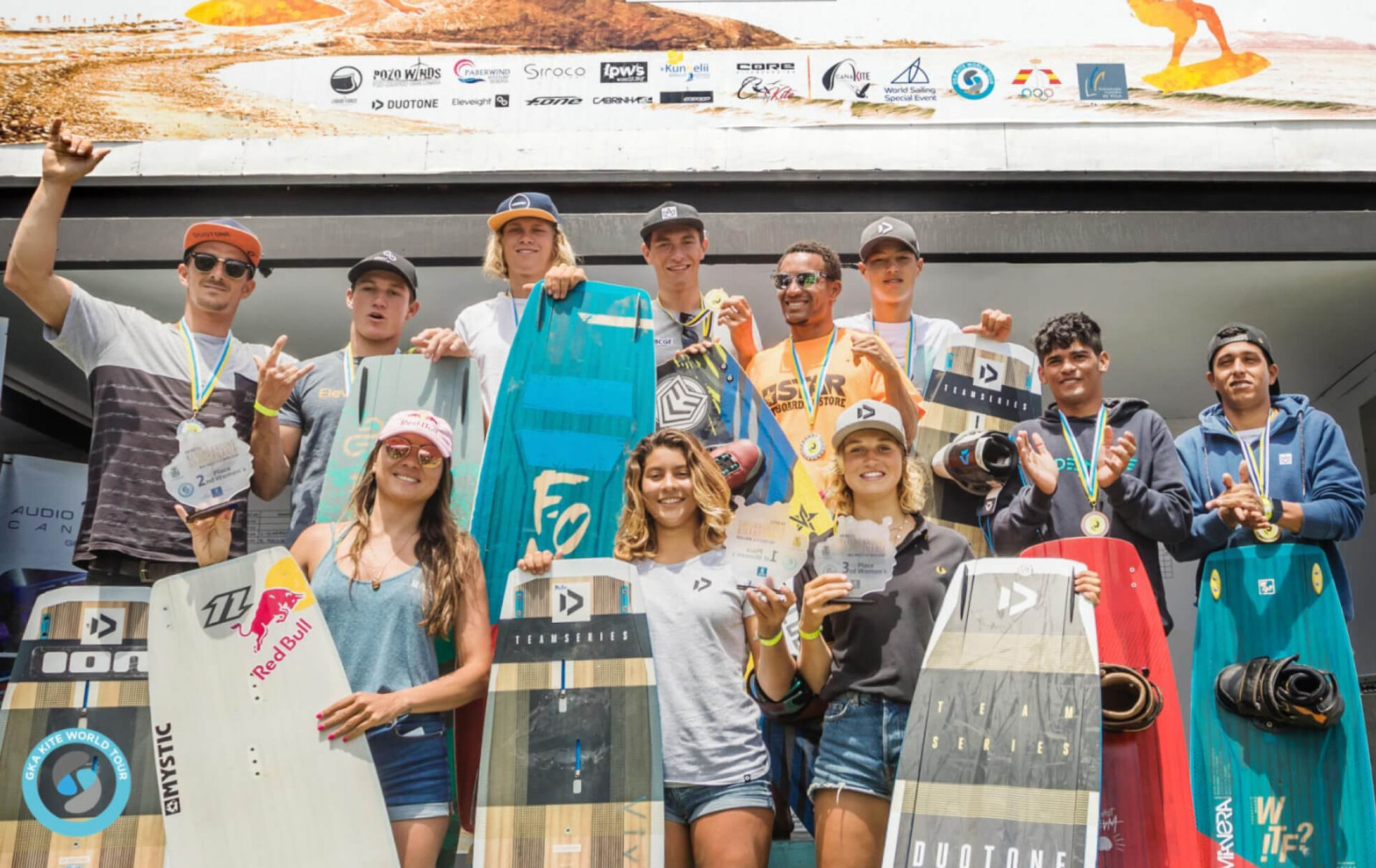 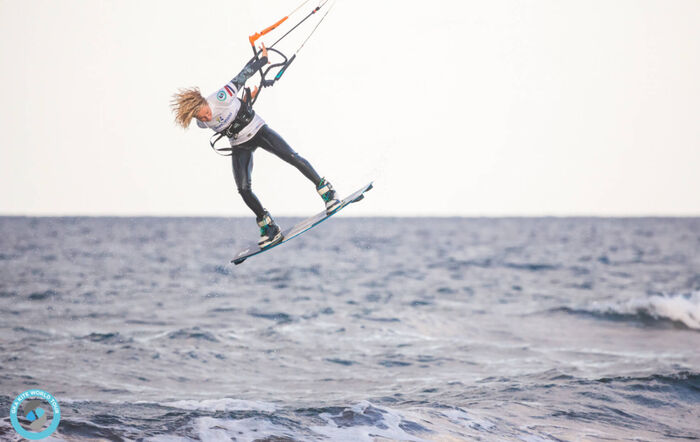 Duotone’s Mikaili Sol won the women’s division at the GKA Freestyle World Cup Gran Canaria. With the turn of the men with just three heats left to run. Unfortunately,  it was clear the wind just was not going to reach the required strength for the men to hit the water.

The riders would not be able to compete to see who would become the first ever male champion of the GKA Freestyle World Cup Gran Canaria. However, there is still an official result from the men’s division and the below eight riders will all share first place rankings (and an equal share of the prize money) from this event.
Scroll down to see the event results and how the overall tour rankings look at the end of the GKA Freestyle World Cup Gran Canaria 2019 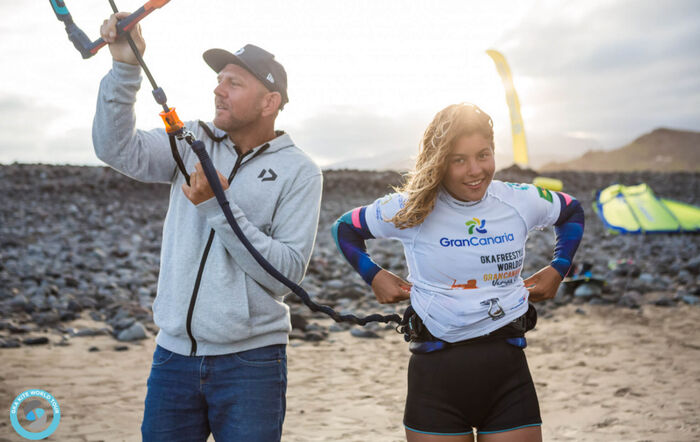 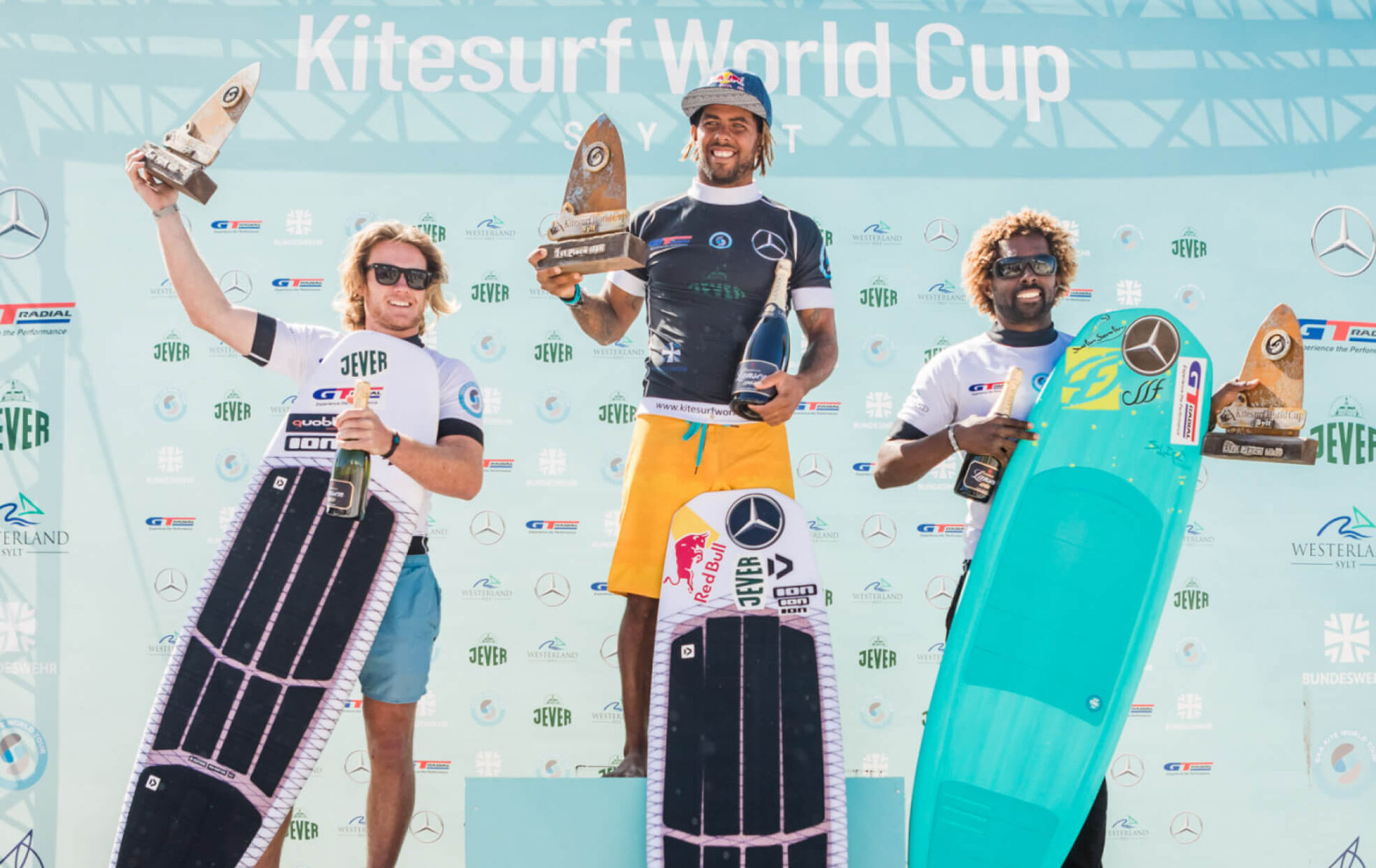 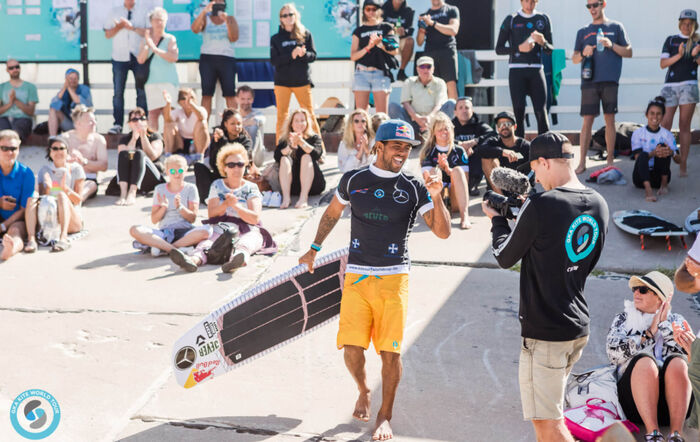 This was the first time that the GKA has visited Sylt, with Airton Cozzolino, James Carew and Jan Marcos Riveras representing the Duotone Kite-Surf Team.

Sylt, Germany, is located on the North Frisian Islands and was a pivotal event on this year's tour. 35 riders registered for the event - 26 men and 9 women. There was plenty of opportunity for some of the lower ranked riders to make real progress here as well. Men's fourth seed and Duotone’s Matchu Lopes didn’t compete in Sylt due to a shoulder injury which had been plaguing him since late in the 2018 season, Sebastian Ribeiro also missed this stop.

They took on all comers in strong onshore conditions, riding in extended 10 minute heats in which competitors were judged for a combination of 60% strapless freestyle and 40% wave riding. 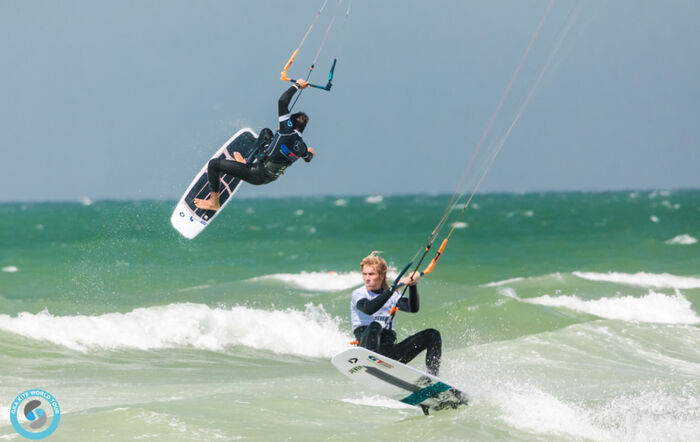 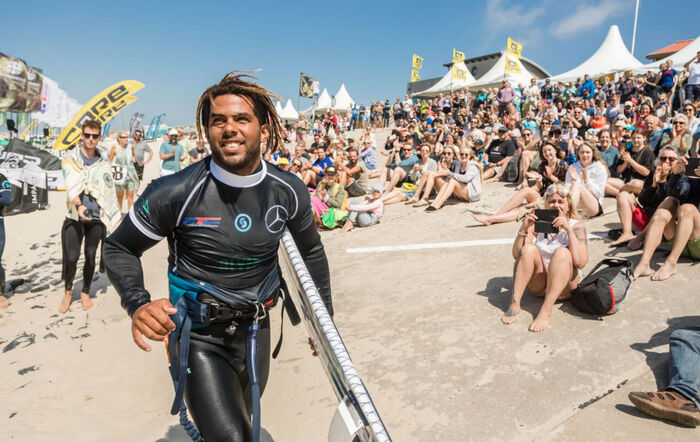 It was a great test of the mixed format discipline, with competitors riding to the conditions and showing what can be done when technical freestyle skill and wave riding ability combine at a high level.

Airton had to overcome James Carew to hold on to his top spot.
Carew was looking dangerous, fresh off the back of beating Mitu to make it to the final, he had the momentum, Airton was under threat. Airton hadn't stuck a handlepass, but he was channeling so much power into each and every turn and seamlessly integrating strapless freestyle tricks into his wave assaults. It was tense when the buzzer went, but as the scores came through Airton was announced the winner.. by just 0.27 points. An ultra-tight margin, but it was enough! 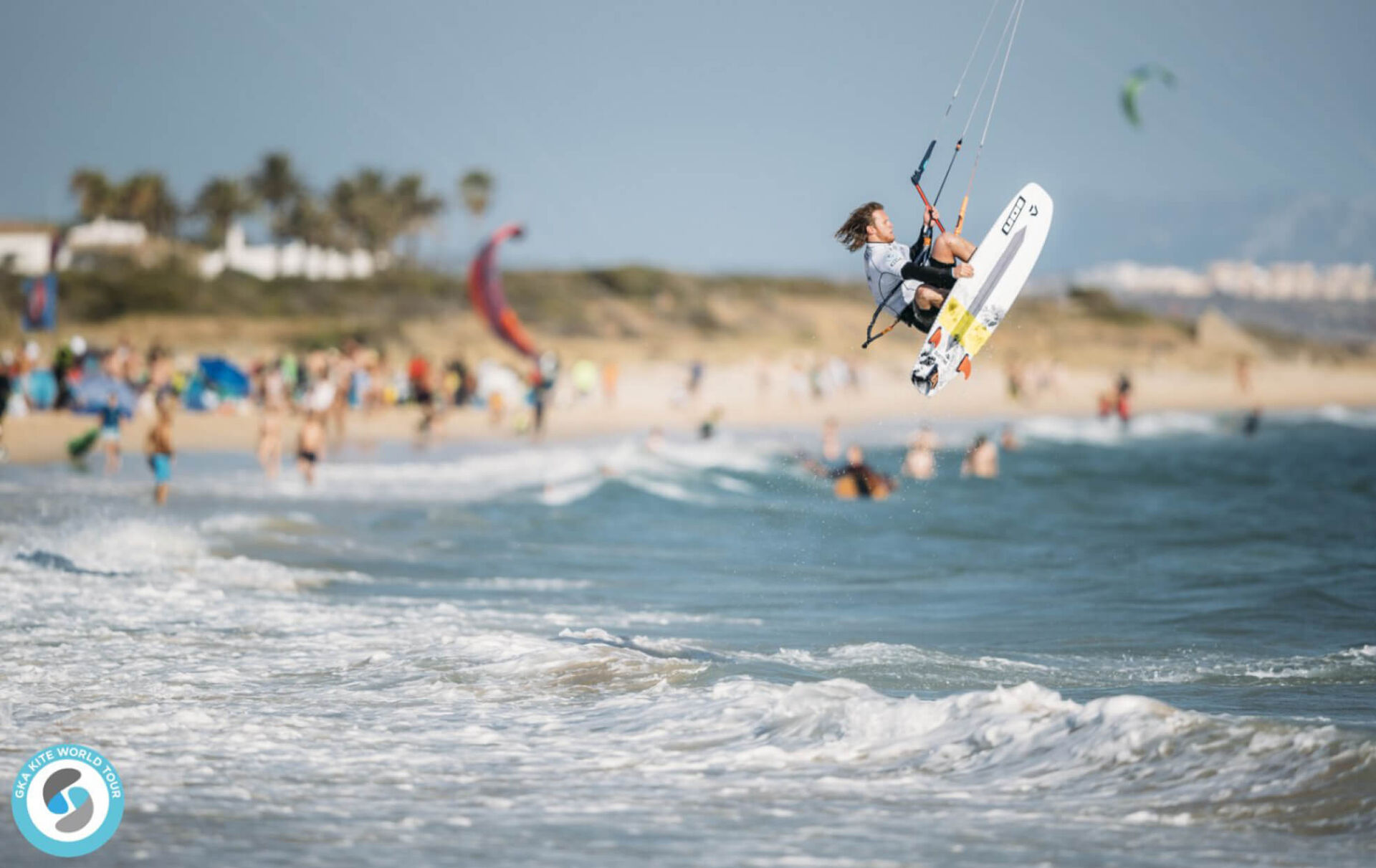 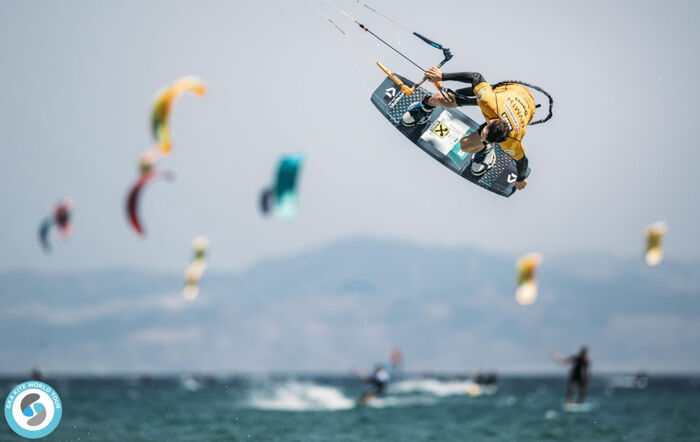 After five frustrating days of competition, taunted by low lying cloud which pushed back the thermal winds, or voodoo local effects playing hocus pocus right in front of the race director's eyes, we arrived at the beach and were greeted by a very different scene: clear skies and the Poniente blowing.Over 80 riders registered for this event, one of only a few truly cross-discipline official World Championship events ever seen, and with such strangely absent conditions this week, there were a lot of heats to get through. All riders were on the same page though and accepted a slightly shortened format for their heats in order to fight collectively for a result. We flew through the afternoon heats, seeing both Men's and Women's Freestyle and Men's Kite-Surf strapless freestyle on the water, often switching from one discipline to the next in back-to-back heats. It was a real optical feast of kiting on the beach!

Jim Gaunt, Kiteworld Magazine, continues about Duotone’s Airton; “not to take anything away from anyone else, but there are certain sportsmen and women that are truly capable of inhuman performances. This wasn’t just a flash in the pan though, Airton was just doing what Airton can do when he’s fired up.” 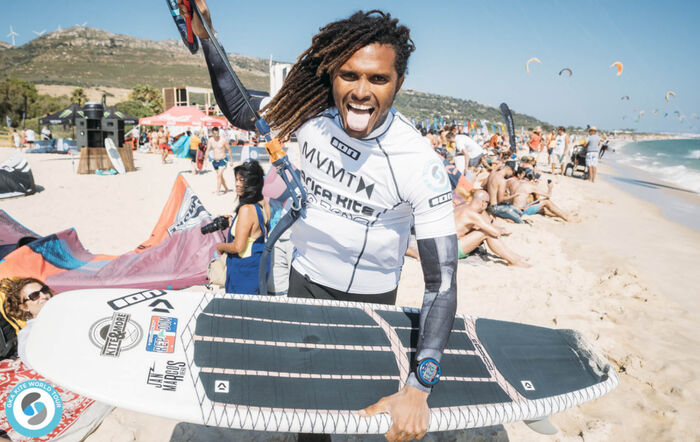 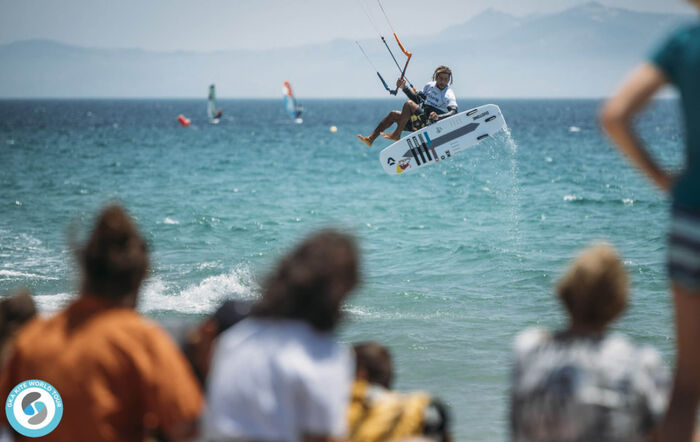 Jaime Herraiz, legendary Duotone Kiteboarding Team Rider took to the mic to thank everyone. “What can I say? Of course we're a little disappointed with the wind this week, but you guys know me, and know that I like a challenge. So we will be back bigger and stronger next year and Tarifa will always have a place for all of you. Good luck with the rest of the world tour and we look forward to welcoming you all back!”

Copy write GKA. Links to all highlights and action can be found on the GKA WEBSITE