We met International team rider and long time rider of the Vegas NOÈ FONT to get his feelings and feedback on the 2022 Duotone VEGAS. For 2022 the Vegas went through various developments and with several different models coming to the design table. But new is not always improved and the riders decided to keep with the current direction. 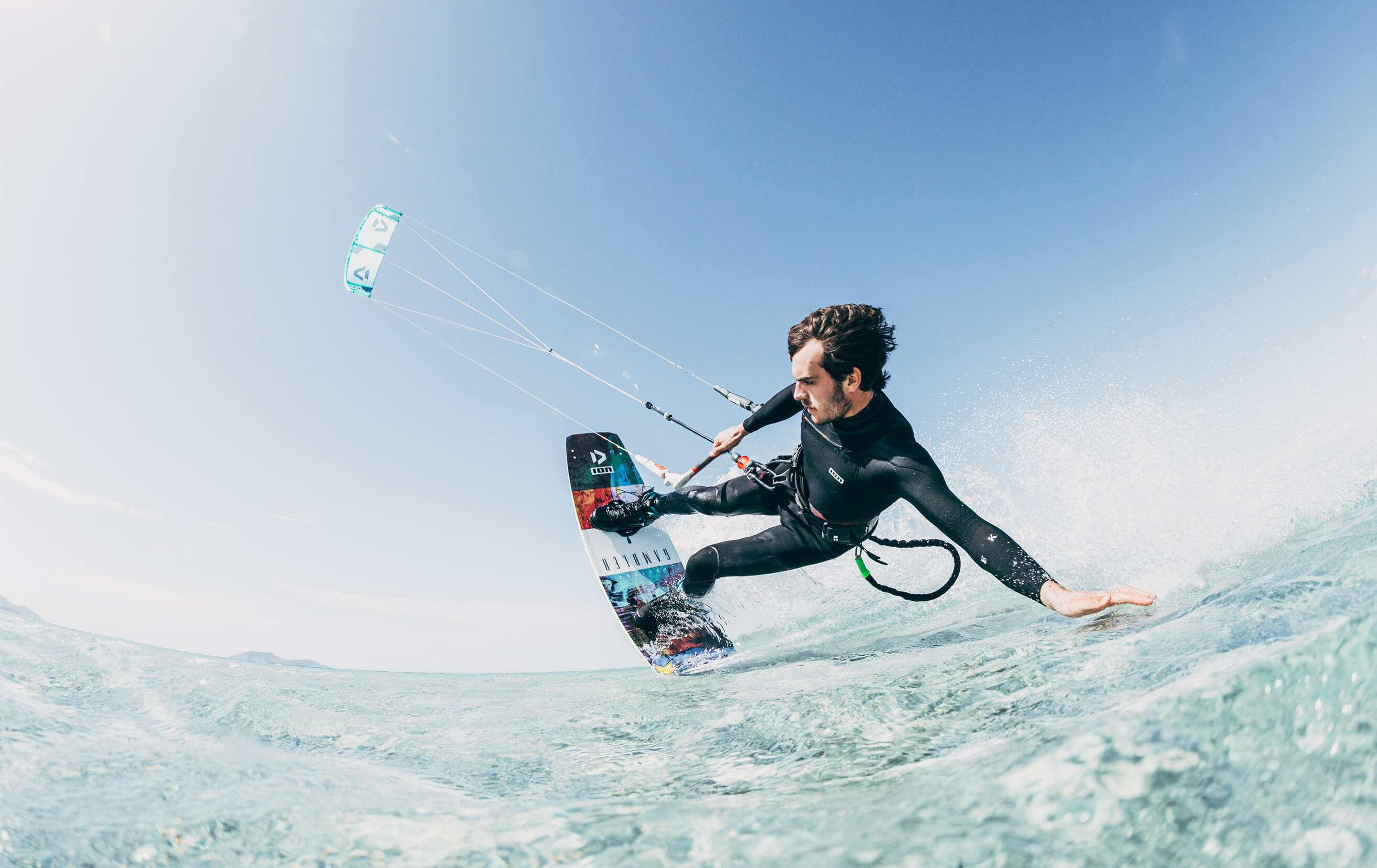 Hi Noè, tell me a little about your impressions of the Vegas for 2022.

The 2022 Vegas is the ideal kite for me or anyone trying to do handle-passes, freestyle or park riding. It’s our only C kite in the range and that makes it ideal for unhooking, with good pop and good slack. If you’re looking to push your freestyle, park riding and even big air even further the Vegas is the kite for you. It hasn’t changed much over the last couple of seasons as we won the world championships with this kite and why change something that works. 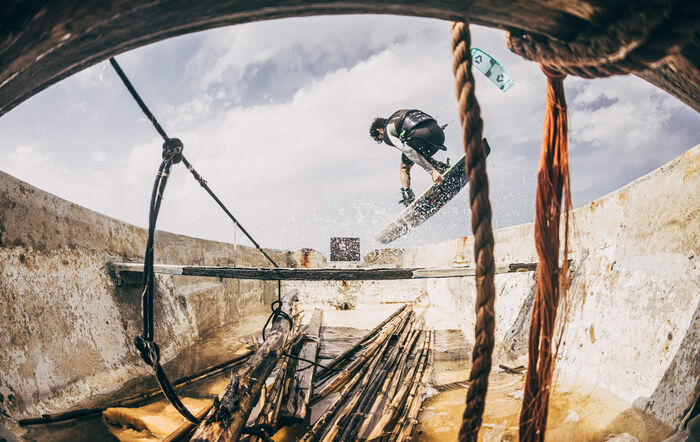 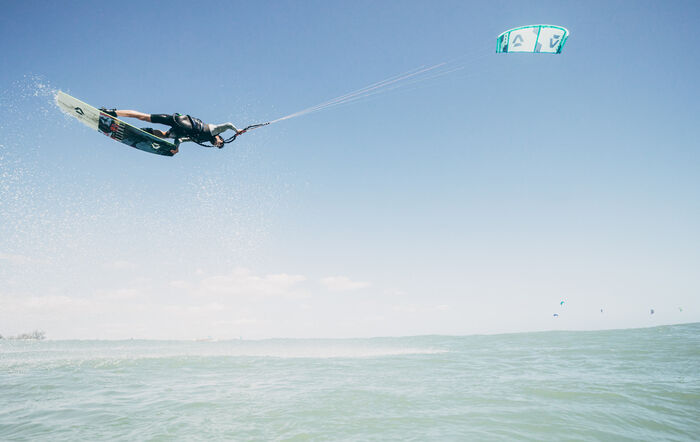 The design is a carry through product, but there were multiple prototypes, why weren’t these or the new SLS models approved?

There was a project for a Vegas SLS, we were testing it a lot, the guys were testing it in Brazil and we even started shooting with the finalized kites, but after riding it for some time we realized although it had good aspects about it, it wasn’t quite as good as the original. Since Mika and Valentin had both won world titles on the previous design and the kite was performing so well we decided that there was no reason to change it even though we had spent all that time and money developing a new model. Ultimately it came down to the kite not making the cut for what we are looking for, which Is high-performance freestyle, so yeah there was a project for a new kite but it didn’t end up surpassing the current design, so we’ll stay with the best option for now.

Is there a reluctance to try new concepts and designs at the top level when the existing design has been so refined and delivers what you already want?

Although the Vegas has stayed fundamentally the same aside from some small tweaks and adjustments for many years, there is a lot of development and ideas thrown around to see what ways we can make it better. But as I said, this is a kite for performance freestyle, so if we have a kite that performs really well and our next concept doesn’t perform as we might have hoped, then we’re not going to go for it just because it’s new, we’ll stick to what works. There is a lot of will to try new things, but if it doesn’t work, it doesn’t work. 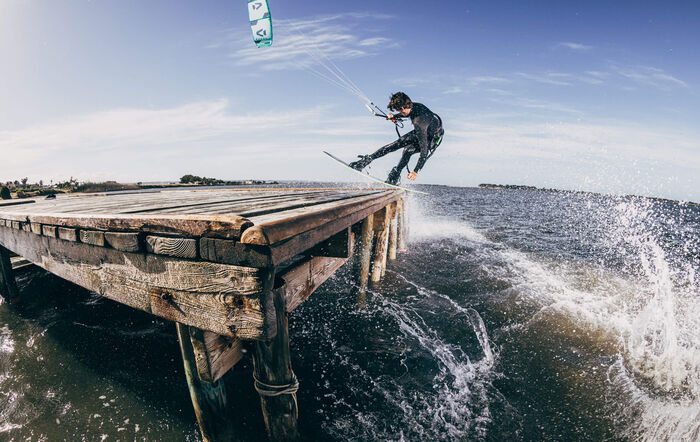 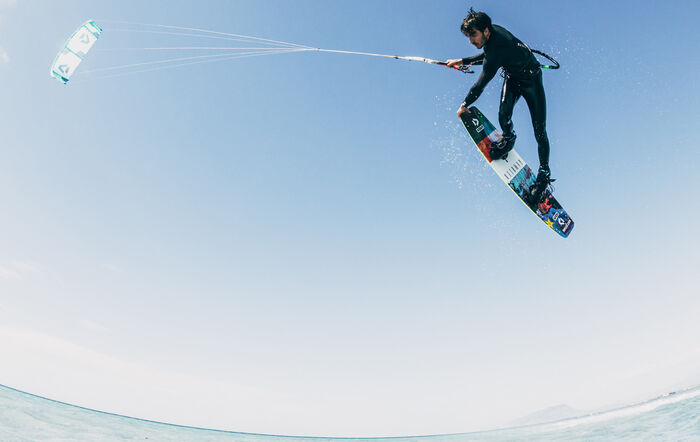 The Dice SLS is the closest kite in the range when it comes to performance, how would you compare the two?

The Dice has many aspects similar to the Vegas, being a little more forgiving and easy to ride. It’s a four-line kite for those people looking for a bit more versatility, but who still have some freestyle sessions every now and then and maybe even some sessions in the waves, that is our high performance all-around kite. In the small sizes, the Dice has been developed by Aaron (Hadlow), Lasse (Walker) and Lewis (Crathern) to pull some good big air and loops. I would say if you’re not looking to freestyle 99% of the time, the Dice might be a better choice than the Vegas.That being said, the Vegas is branded as a hardcore freestyle machine but C kites have come a long way and they are not as unforgiving as they once were. The best option is to go to a demo or local shop and try the kites to see for yourself what is best for you.

What things do you look for in your park riding and freestyle that makes the Vegas stand out choice in the range for you?

For park riding and freestyle, I want a C kite as you get that direct feeling that is lost when a kite has bridles. Also, I am looking for a kite that drifts very well, so that you can go downwind and hit long rails without it stalling or shooting forward which is what I get with the Vegas. When it comes to Freestyle it’s such a nice solid kite in the sky, it doesn’t flap, it flies really well, you get good pop and slack. You just have to look at Valentin (Rodriguez) doing triple handle-passes and that tells you everything! 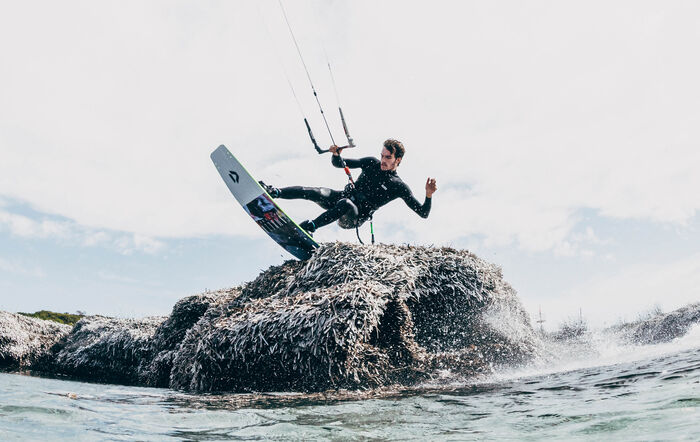 What aspects make it the choice for competition for the likes of Mika Sol and Valentin Rodriguez?

Mika and Valentin like the Vegas for the same reasons as I do I guess. There is a lot of technical things you can say about a kite, but it’s also about feelings and sensations and what kind of riding you do and your own way you fly a kite. I would say the best thing you can do is get out there, try the kites, try different models, experiment with different line lengths until you find something that works for you and fits your riding. You’ll also learn a lot about the gear, what does what, things like line lengths, sizes, shapes and bridals. Try as much demo gear as possible and in the end the best equipment will always feel the best for you.