"My super power is that I am a woman."

Helle Oppedal is one of the upcoming windsurfing talents at Team Duotone. With an extraordinary performance at the PWA foil competition and the IFCA tour, Helle sailed a great first season with us. Time to find out, what this super woman says about the start of her career.

Who is Helle Oppedal?

I am a 17 years old girl from Norway who loves to windsurf and especially to wind foil. I am fighting for gender equality and for the environment. I think that these are matters that have the potential to improve a lot, especially in the windsurfing community. I am still studying at high school, but I dream of becoming a full-time windsurfer.

My superpower is that I am a woman. A lot of people think that being a woman is a weakness, but I definitely think it is a superpower that I would never want to be without.

When and where did you start windsurfing and foiling?

I started windsurfing when I was 7 years old in a harbor near my house. I started together with my best friend. We had the best time windsurfing together. I started foiling in the beginning of 2017. I remember being super scared the first time I tried it. But at once I was flying in the air, everything just felt right. The feeling of being free and flying above the surface felt so good. I have been to a lot of competitions. I started competing in international competitions when I was 11 years old. Since that I have been to a lot of international competitions in BIC techno, RS:X, slalom, formula and foiling. I think that the gap between those tours is very big - it feels almost like two completely different worlds. I don’t think that this gap has been good for our sport. Now when there is foiling I think that the two worlds are coming together as one. I see that a lot of RS:X sailors and PWA sailors are all foiling. I hope that in the future when foil is in the Olympics the gap will be gone.

The competition I liked the most is the Youth Olympics in Argentina. It was amazing to be a part of a competition which is that huge! My best race would be on the PWA event in Japan. It was a foil race where I came first at the upwind mark before all my childhood idols, I got the feeling that I was finally one of them.

"I came first at the upwind mark before all my childhood idols,

I got the feeling that I was finally one of them." 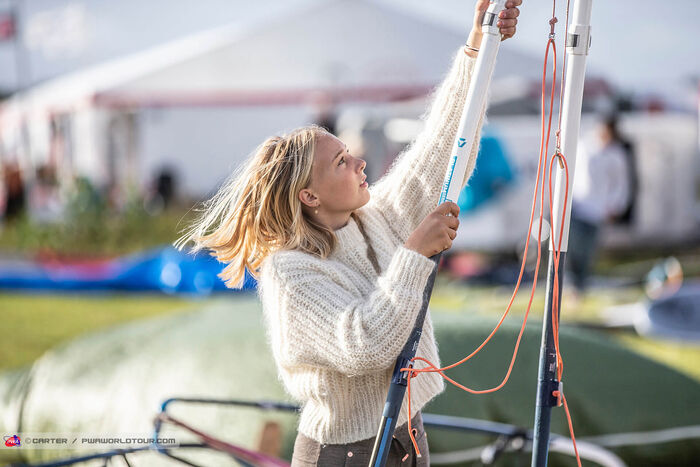 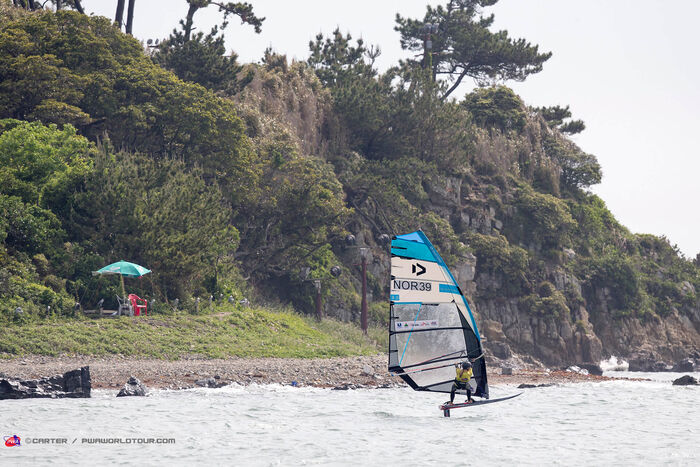 What has been your funniest windsurfing experience?

My sister Tuva and I just arrived at the PWA event site in Hvide Sande. I was going to compete in the PWA event, while Tuva was there to train. We had rigged up and was just going to head out, when I realized that she had put her fin the wrong way. Luckily she learned from that and will not make the same mistake at a PWA event site, when she is there to compete.

Your part of TEAM OPPEDAL :-) Who are the famous members of this sportive family?

My dad is the head coach of Team Oppedal. He is organizing our training, stalking the best athletes to find new techniques, and driving us to our trainings. My mother is the sports psychologist of Team Oppedal. She joins us for most of our competitions (especially if it is at a tropical location), when we have a bad day during a competition she will always get our spirits up. I have three little sisters who all are athletes. Me (17) and Tuva (13) are windsurfing, Thea (15) and Linea (6) are doing rhythmic gymnastics. It is very good to have a support system like this. We are always cheering for one another, and helping each other to become as good as possible at what we are doing.

Thanks Helle! The world needs more women like you! 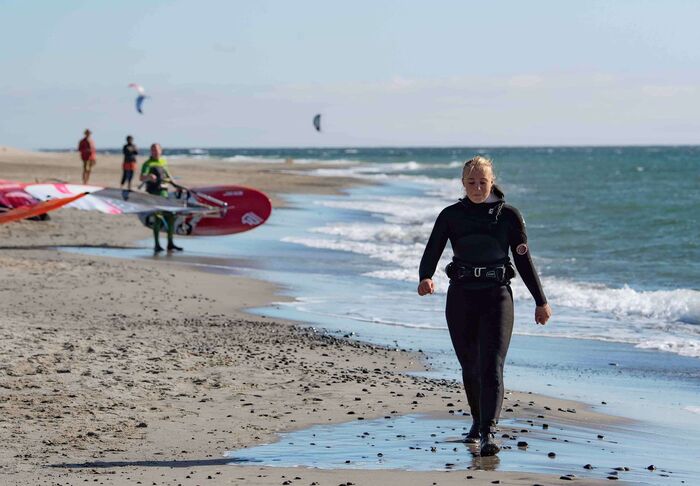 Meet the crazy sport family in this 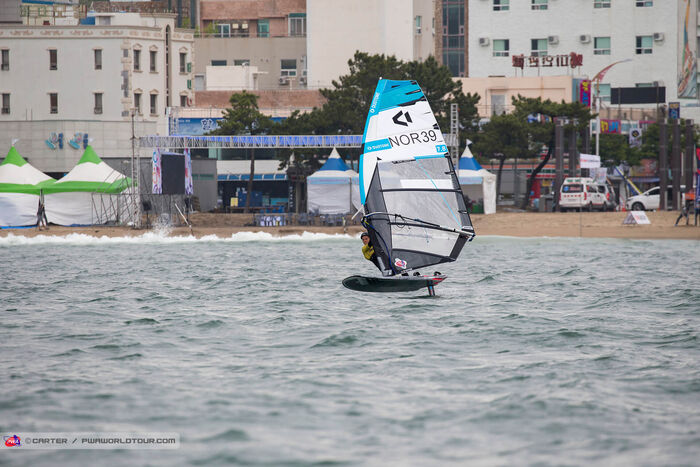