For the first time ever, Duotone’s men wave giants stand together and complete the podium at the men’s Kite-Surf World Championship in Bel Ombre. Powered by the Neo, Airton Cozzolino takes 1st, James Carew 2nd and Sebastian Ribeiro 3rd in the 2019 GKA wave tour stop in Mauritius. 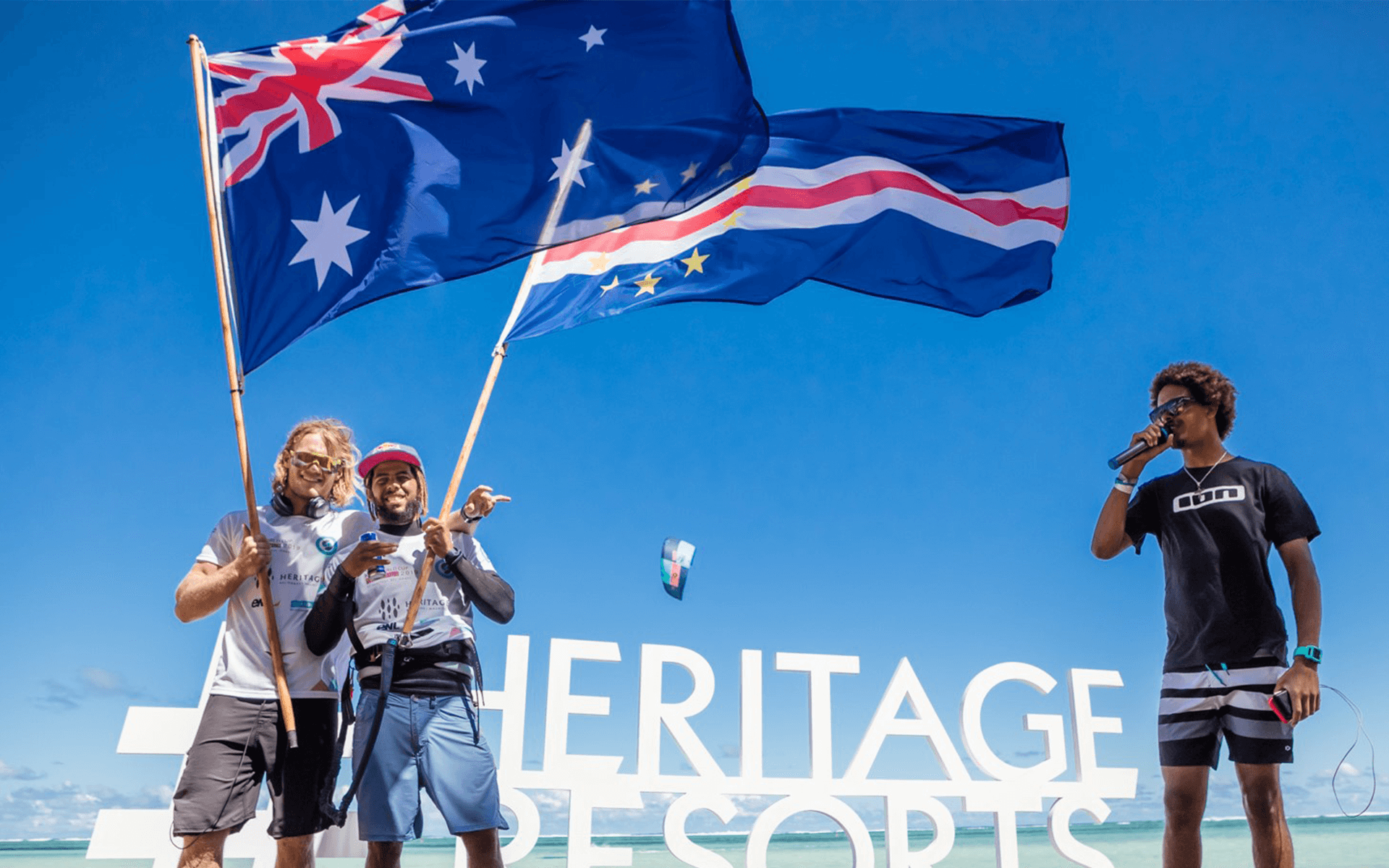 Bel Ombre, Mauritius, hosted one of the most memorable kite-surf showdowns in the history of the GKA Kite-Surf tour since its debut back in 2016. That year, Airton Cozzolino surprisingly lost out to local rider Jeremy Chan with a lucky punch and Matchu Lopes swooped in to steal the world title in Dahkla. 2017, saw Airton once again stopped in his tracks, this time by Duotone team mate Sebastian Ribeiro in the semis and the world title going to Keahi de Aboitiz.

For 2019, our Duotone Wave Warriors took to the flawless stage that thundered beyond the flat water lagoon. As the reef held the maximum swell it could handle before becoming a total wash out, it was perfect. A grinding left hander allowed for the brave to dig deep and take risks, whilst the calculated claimed critical sections and busted out of barrels in a haze glory as the door shut behind them.

Brazilian young gun, Pedro Matos, Duotone, lost out to Duotone International rider, James Carew, who got his claws into the competition right from the start. That said, Matos did eliminate no. 2 in the overall ranking, wave riding legend Mitu Monteiro, giving Airton a leg up in the ladder and bringing him another step closer to the overall World Champion title 2019; the perfect team effort. 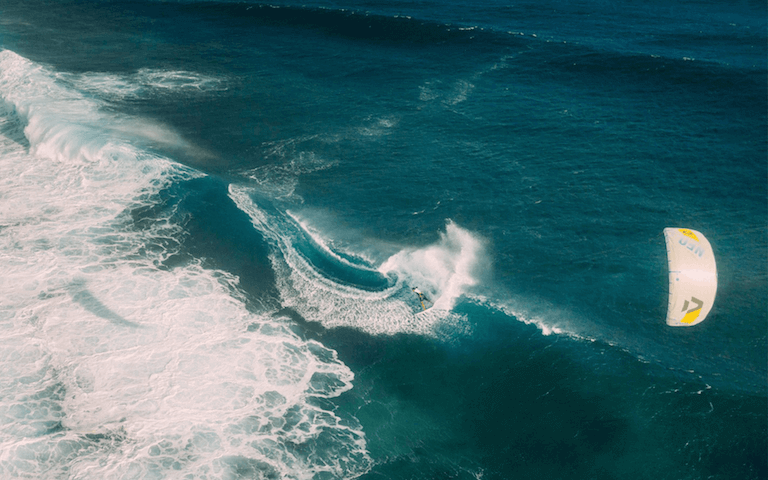 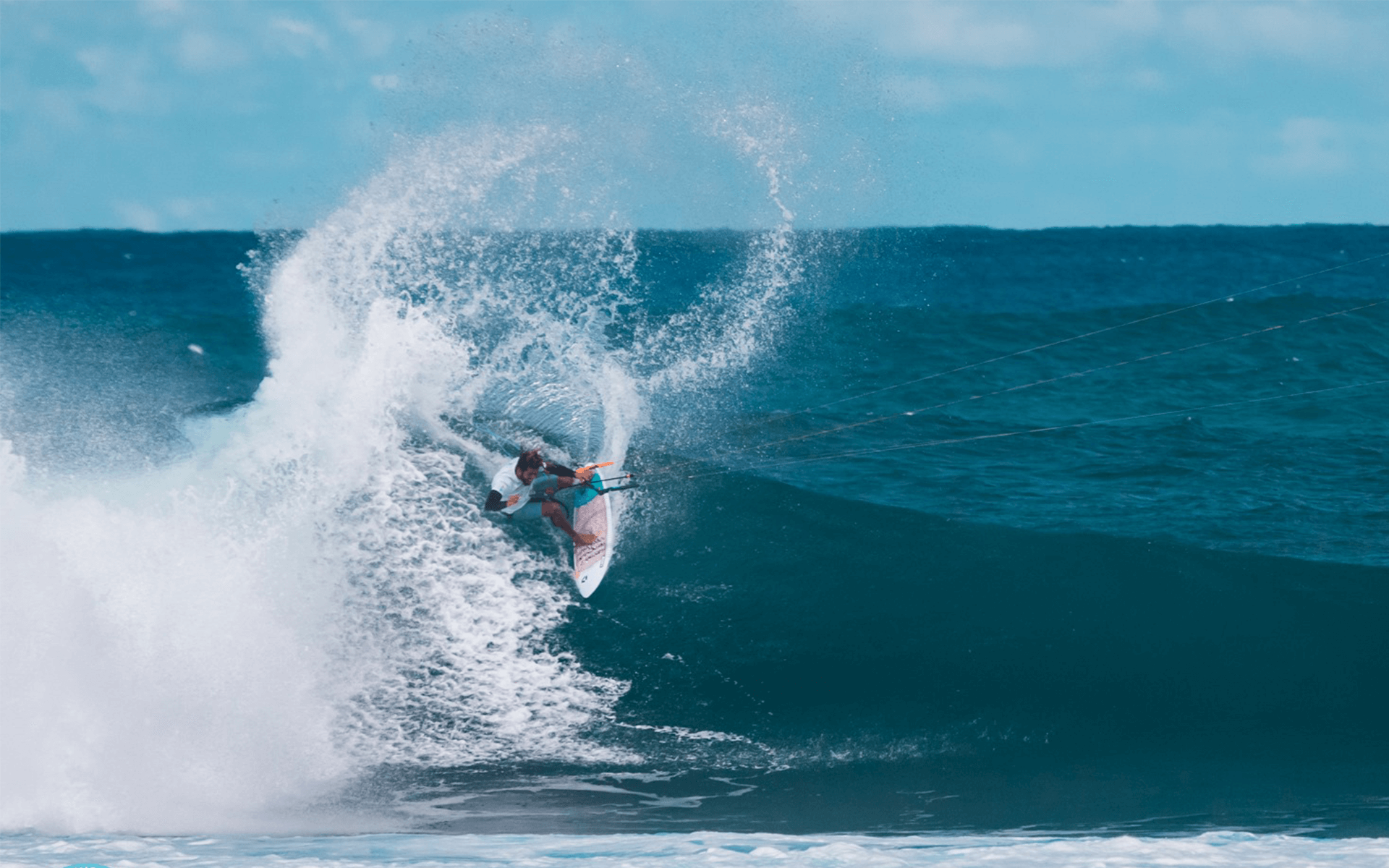 James Carew advanced over South Africa’s Oswald Smith in the semi finals of the single eliminations and Cozzolino left Riveras in his wake as the Duotone dual commenced in the final of the singles.

Gaunt says of the final; “the wave size, structure and power were perfectly suited for these two to put everything into their performances. Airton charging frontside / James hacking on his back hand – this would be one to savour. Right at the start Airton dropped in and James followed suit on the big wave following directly behind; the two white Duotone’s marching down-the-line together. Airton turned first, super fast, careering out of his bottom turn propelling maximum speed to the lip… one, two, three times he battered the peeling peak, squeezing everything out of every wave. James couldn’t match him on that one.” Airton: 15.16 James: 14.43 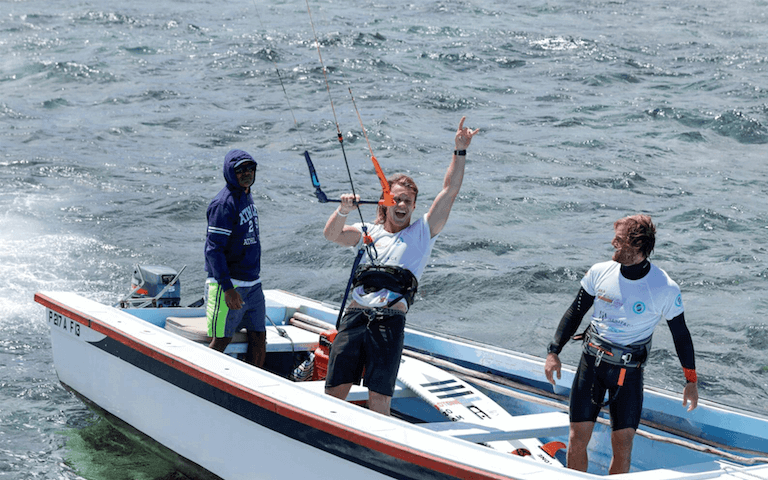 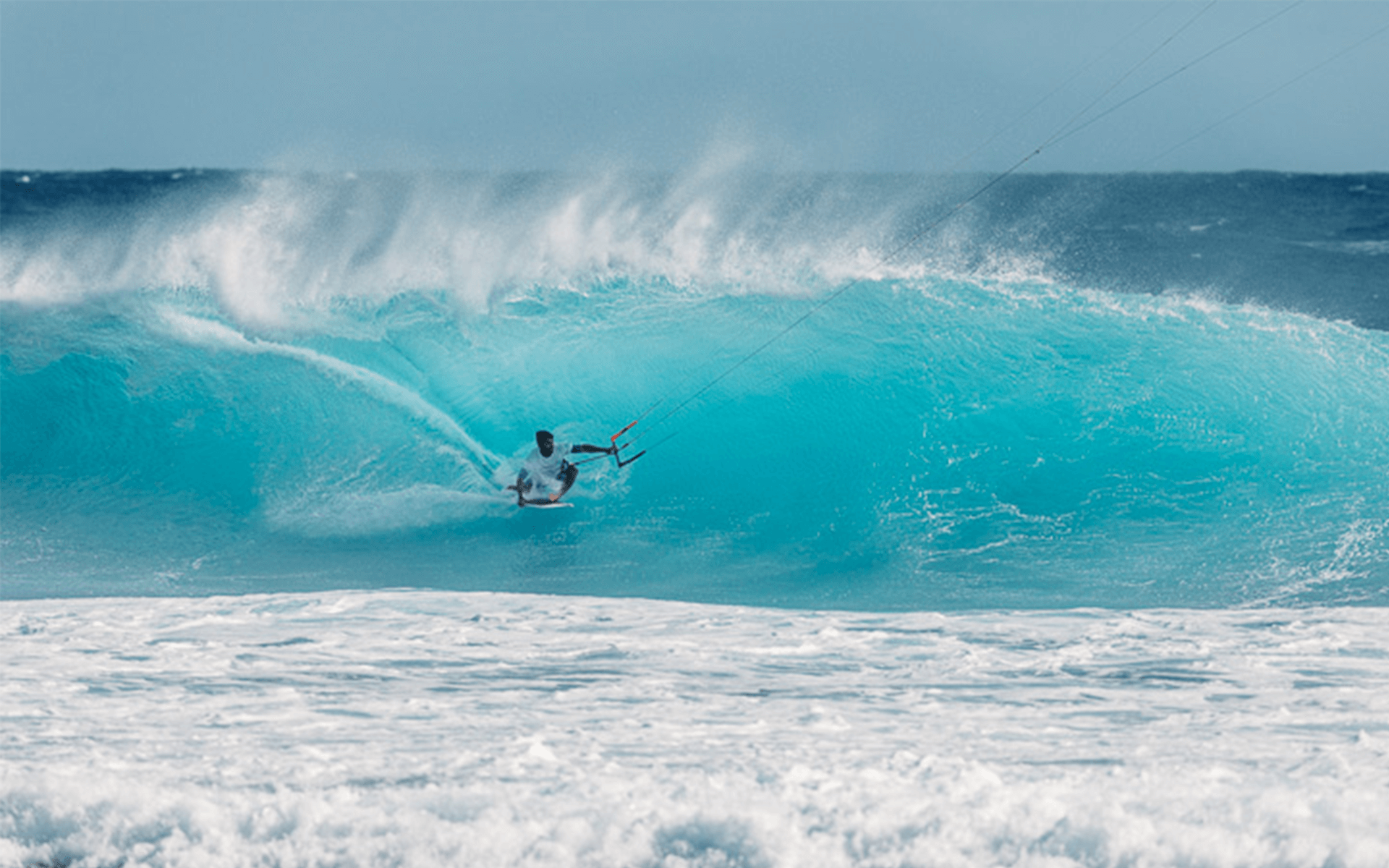 On to the Doubles and things took a turn as a secret assassin, Sebastian Ribeiro, took to the water and stayed there for 7 heats, pouring every ounce of energy into each wave as he sent Alessandro D’Ambrosio, Charlie Wise, Jeremy Chan, Willow-River Tonkin-Shakes, Pedro Matos, Jan Marcos Riveras and Oswald Smith one after the other, back to the beach.

Next up to take on the seemingly unstoppable Brazilian was James Carew who is dynamic, powerful and as he rode out to meet Seb, full of energy. Sebastian’s flow and pure surfing background were certainly of threat to the Australian, but Seb didn’t have enough left in the tank at that point. 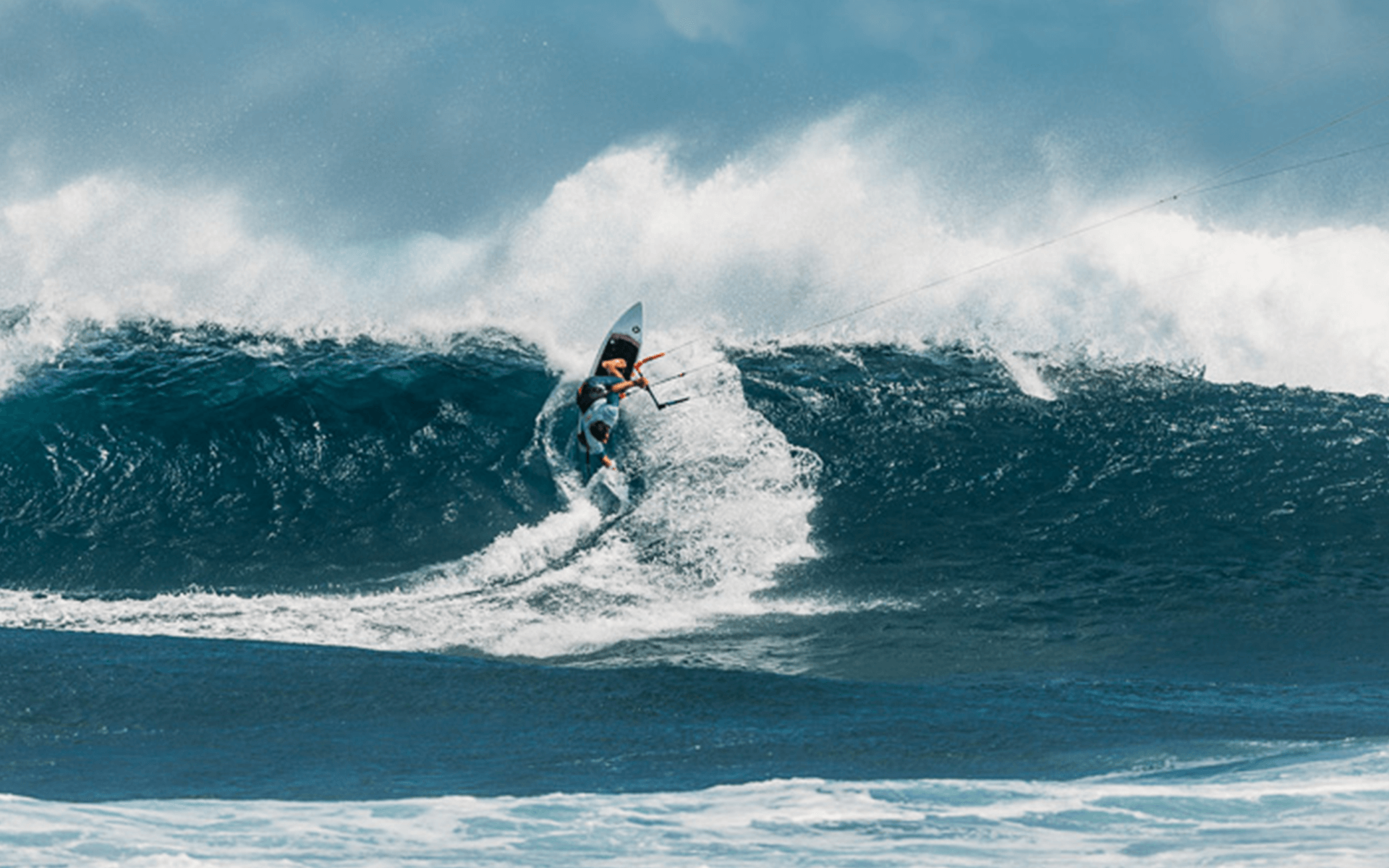 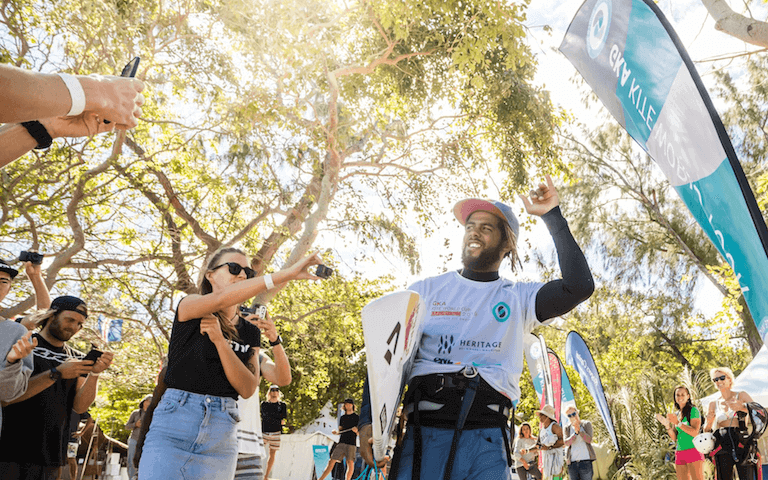 “The highlight of the day came in heat 9A: a battle between Duotone team mates, both backsiders; James Carew and Sebastian Ribeiro. James’ wave count was not only high, but expertly selected – and he scored an outstanding 9.5 for a very deep barrel. Brave! Somehow Sebastian’s wave selection just never panned out, whether it was down to wrong position, poor luck, or James just being a wave magnet.” say’s Gaunt.

The final showdown for Airton and James was spectacular. Matchu Lopes, sadly not competing due to an injury, says of team mate Cozzollino; “he’s powerful, radical, always positive – he’s full-send all the time; success or failure. Whether he’s ill or injured, it doesn’t matter, he’s a powerhouse that takes a huge force to take down.” 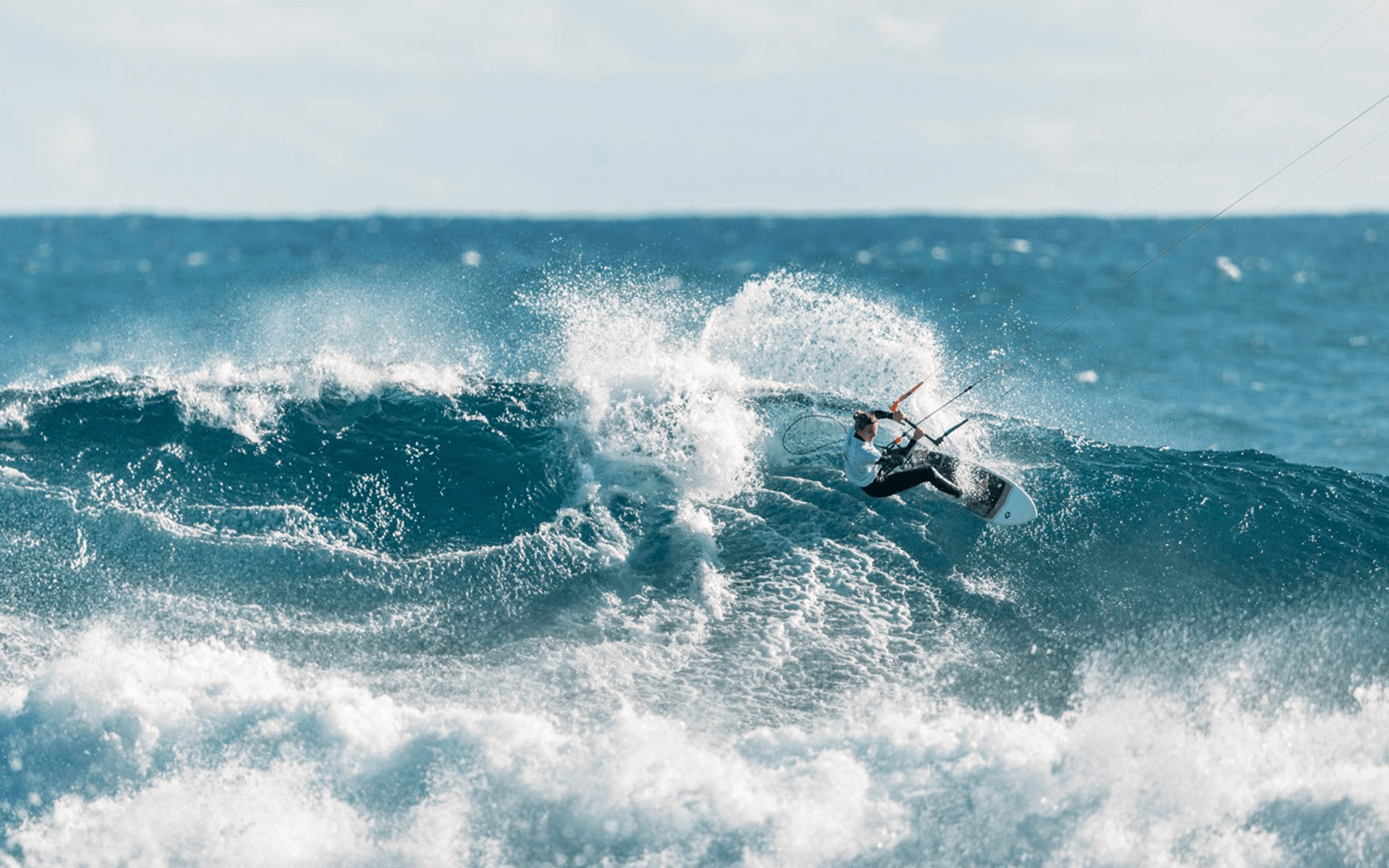 In the Women’s event, Jalou Langaree took no prisoners from the start as she turned potential threat and local rider, Nina, away from the competition in the first heat. Back from injury and stronger than ever, the water-woman was on fire. Duotone rider Sophia couldn’t match Langaree’s performance and neither could Carla Herrera who settled for 2nd place in the Singles. 3rd place was claimed by Maria Kinkina, Duotone, with a 0.4 lead over Sophia Abreu, Duotone.

The gauntlet was thrown down in the Double eliminations. Catarina Edin, Duotone, has been biting at the ankles of the worlds best over the last few seasons, progressing through the rounds of this epic event with style and easy. There was also the arrival of a new face, Duotone’s Olivia Jenkins, who’s known to charge the monster wave, Jaws, and the world-class breaks of her backyard, Maui, Hawaii. Both advanced through three heats, and both were shut down by Nina Ricot who was on a second-chance mission to face Jalou in the finals.

As in the men’s, Ninja repeated the performance of Duotone team mate Sebastian Ribeiro, taking the grinding effort in her stride and making it to the finals against Langaree. 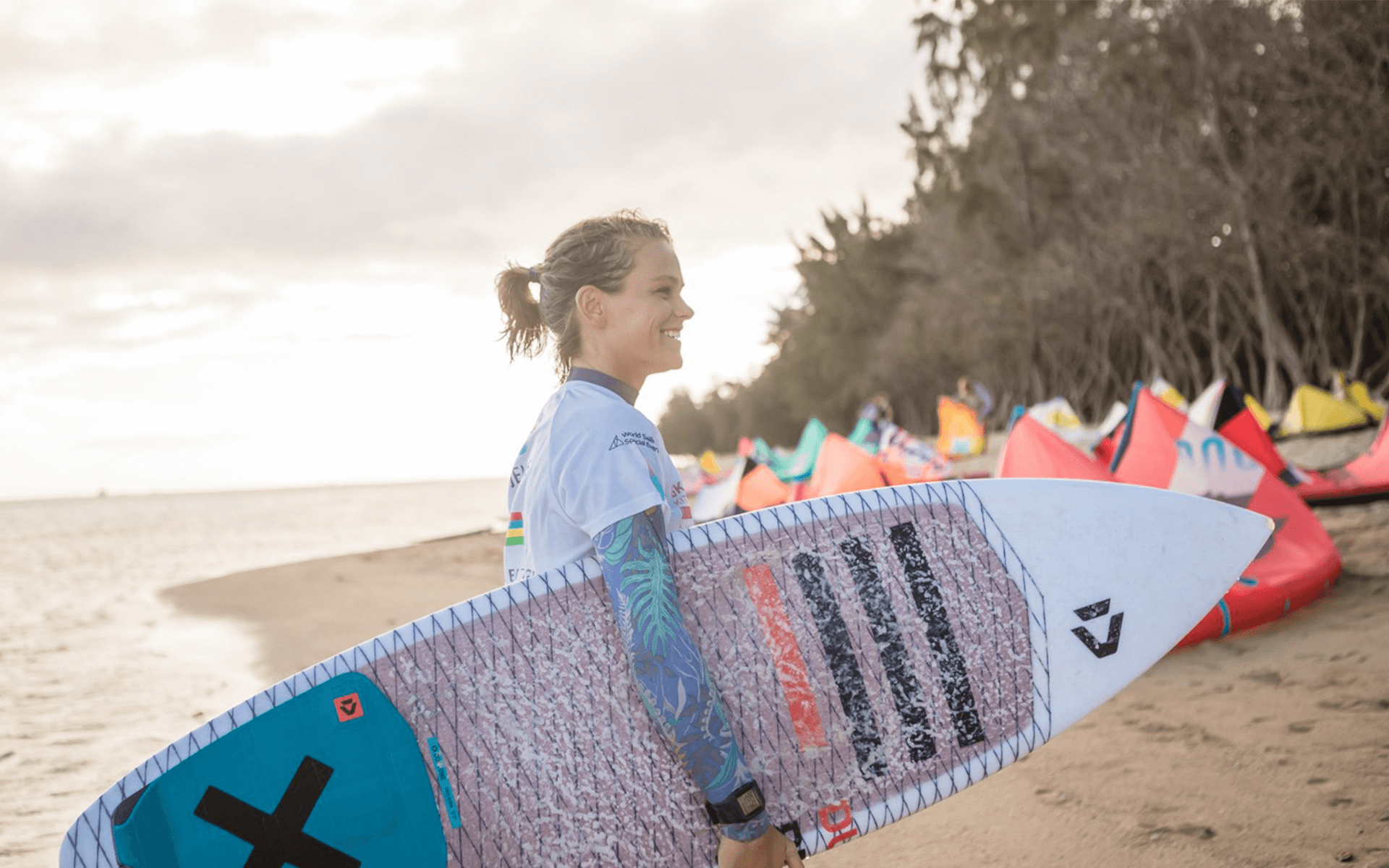 Duotone Freestyle Team Rider, Julia Castro said; ‘ Ninja is the Mauritian Queen and her performance in the Doubles was outstanding. She did the same as Seb. An incredible comeback but back to back heats take their toll as you could see she was tired. She scored some great waves, but Jalou was fresh and on fire.’

What an event! Incredible performances by all and huge support from the kiteboarding industry. Congratulations to all riders, especially our wave champions and a huge thank you to the GKA, who’s efforts to capture and communicate the show allowed us all to enjoy the action from across the globe. Be sure to head to the website to watch all of the action in detail.

Read in detail Seb’s huge comeback in the Doubles https://www.gkakiteworldtour.com/ribeiro-hero-of-the-doubles/