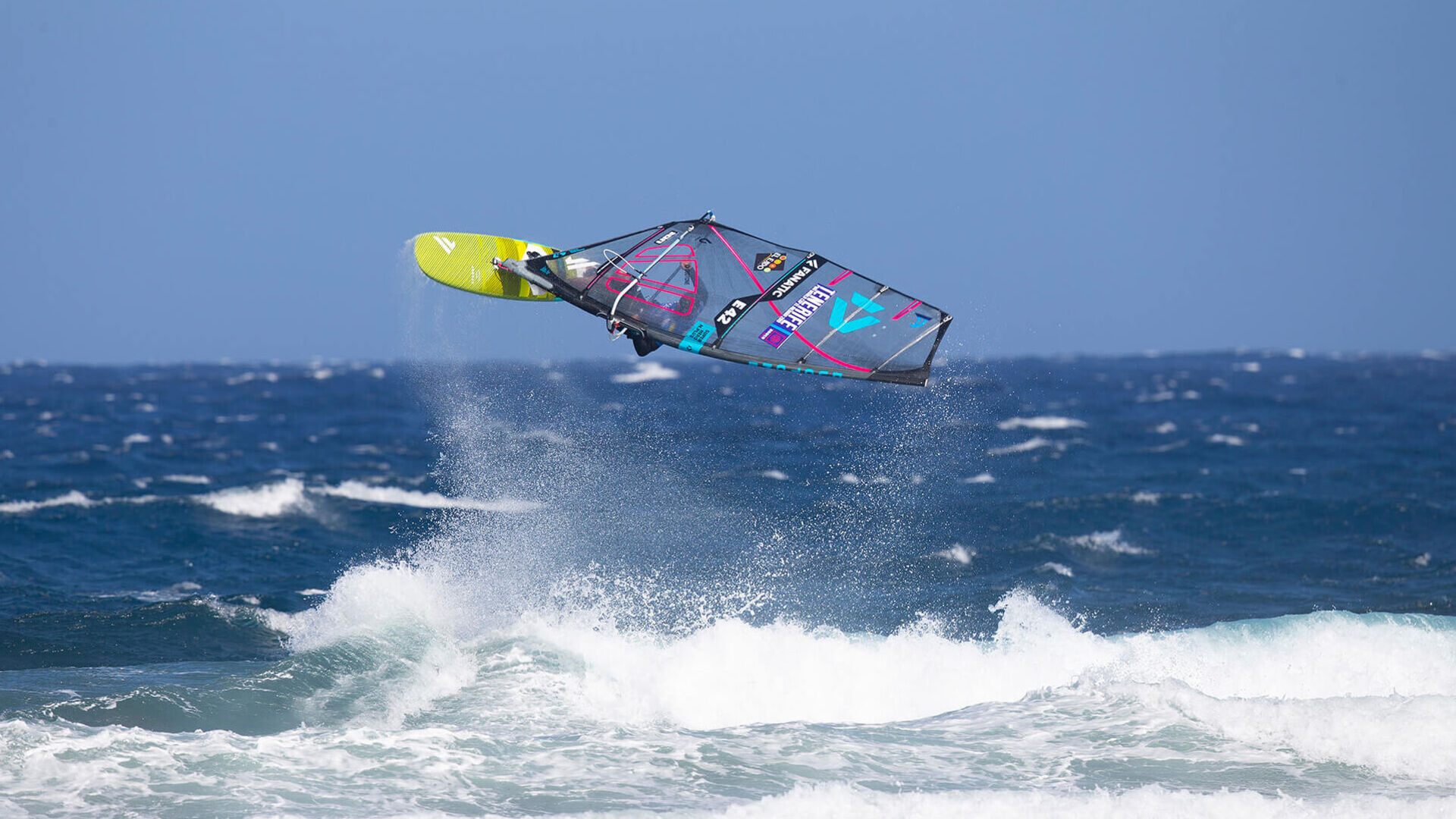 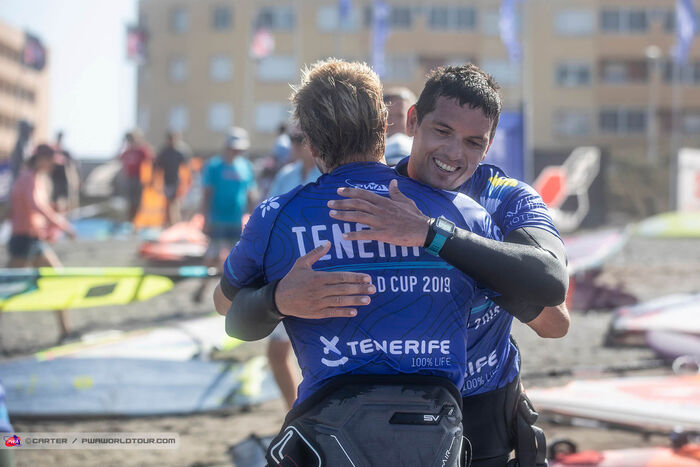 DENSE EMOTIONS AT THE LAST DAY

On day three only a few heats were completed. After waiting the entire week for suitable conditions, the last day finally saw better wind and waves.

The last week may have proved to be a waiting game for the majority of the last 7 days, but eventually, the wind and waves arrived just in the nick of time to maintain Tenerife’s 100% record, which stretches back to 2011, after an epic 10 hour final day, saved the competition. Victor Fernandez continued his unbelievable record in Tenerife by making the podium again meaning the Spaniard has not finished outside the top 3 here since 2012. The reigning world champion couldn’t quite find a way to stop Stone, but showed off his silky smooth wave riding time and time again to navigate his way into the top 2 and should be very happy with his days' works.

For the overall ranking this means a package of four riders at the top, who all still have chances on the title: Campello (1st/4th), Stone (1st/ 5th), Köster (2nd/ 3rd) and Victor (2nd/4th). Rumors about a possible drop-out of the event on Sylt and an event in Hookipa give the title race extra spice. Que sera sera....

Like in Pozo, our Duotone Youngster Team brought home a solid amount of podium places: Julia wins the Girls U17 and sails onto a 9th place in the womens category. More results of our awesome offspring below.