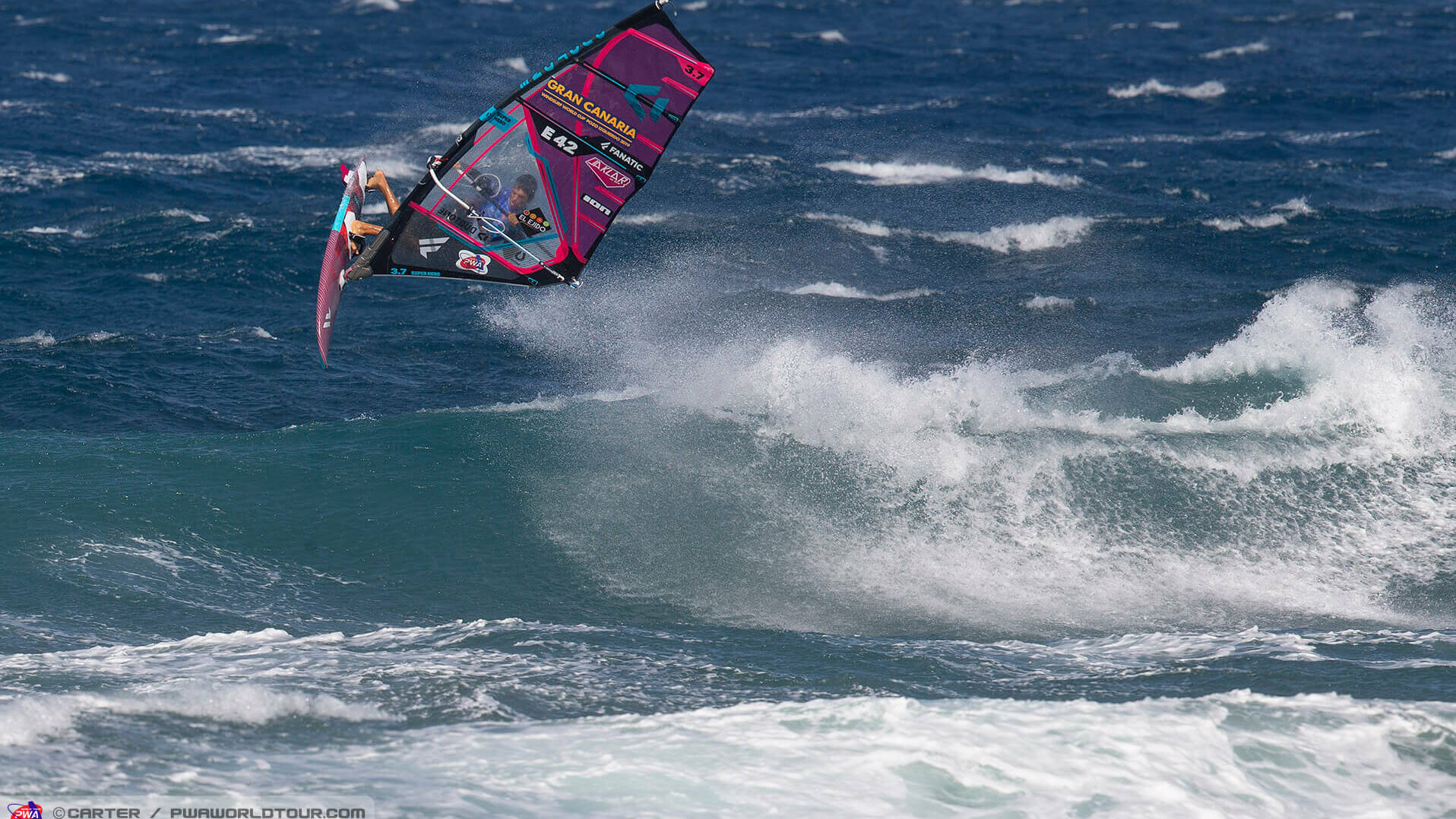 WHAT A GREAT START OF THE 2019 PWA WAVE SEASON! 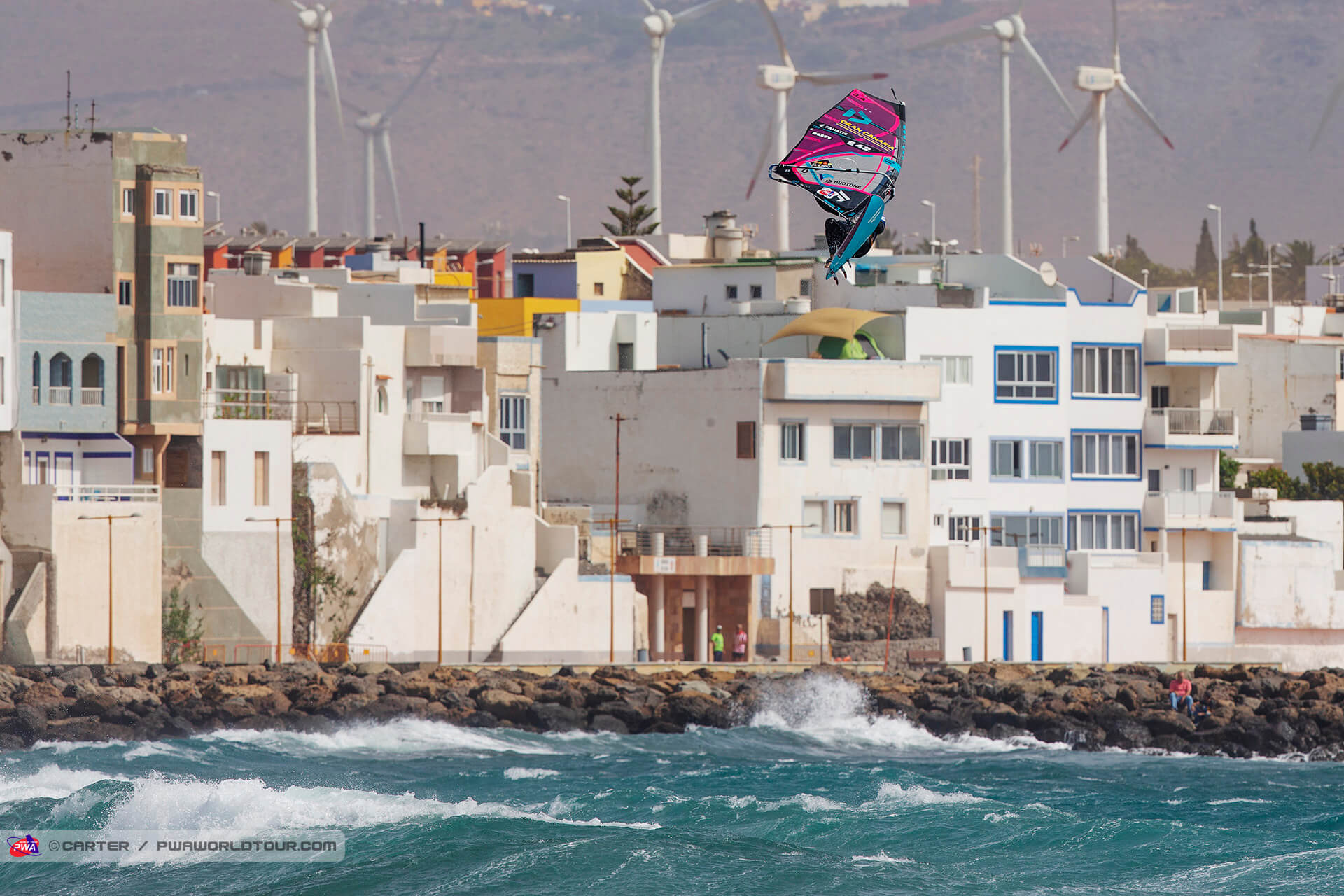 Every year the PWA WAVE season kicks off with the perhaps most exciting of all existing windsurfing events: The GRAN CANARIA WIND AND WAVES FESTIVAL at the windy coast of Pozo Izquierdo. Blessed with 40-50 knots of wind and decent swell the sailors put on a show like no other.

Our fantastic team riders got rewarded with good places in the main draw:

THIS IS AMAZING: "The real story in the women’s double elimination involves Alexia Kiefer Quintana, who finished second in the Girl’s U15s earlier in the week. The 14-year-old came back from the second round of the double elimination, all the way into 5th place as she won 4 consecutive heats defeating Maeli Cherel, Birgit Rieger, Oda Brødholt and Maaike Huvermann. The youngster looks a real prospect for the future and already possesses great style and aggression on the wave, while also landing planing forward loops. Iballa Moreno eventually brought Kiefer Quintana’s come back to an end" (PWA).

For Adam Lewis, Alessio Stillrich, Arthur Arutkin and Alex Gran-Guillot the battle through the elimination ladder, unfortunately, ended too fast. Especially in heats toward the high tide, it seemed to be a lucky draw to eventually find waves for higher scores. Well, fingers crossed for the next events. We all know what you guys are capable of!

Some say windsurfing is dead.

The 60 registrated kids and young guns prove them wrong, sailing on a level that probably would have won a title a while ago. Giant killer Alexia and her bunch of crazy DUOTONE NOWKIDZ dominated the youth contest:

Furthermore Lukas Meldrum from the UK, José Casanova Perez "Mini-Victor" from Almerimar sailed in the U20 youth category. We are super proud of all our bright future windsurfing stars. A huge THANK YOU to their dads and moms for the unconditional support throughout the entire year! You guys ROCK!