27 riders, registered for the last and final stop of the 2018 Kite-Surf World Tour, which took place for the first time in Torquay, Australia. The event spot, Point Danger, is know for its wave riding history and legendary neighbouring break of Bells Beach, part of the WSL world tour.

10 local talents-6 men, 4 women - joined the heavyweight line up after gaining entry to the event via a wildcard entry, earned by placing at the top of the Australian National Championships. 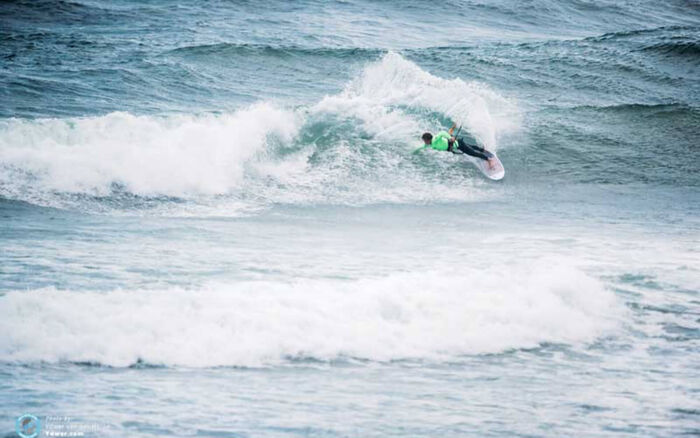 Airton Cozzolino came into the event with the 2018 World Title already in the bag. His track record was almost 100%, but it was Duotone teammate, Matchu Lopes, who took the win back in Portugal earlier in the season. The fight was still on for the lower positions and everyone was ready to roll.

Duotone’s James Carew came straight into the event off the back of his win at the Aussie Nationals. Known to give the tour’s best a run for their money at times, he definitely rode like he was on home soil, with passion, determination and style.

Matchu showed his experience in competition when the conditions seemed to fade, by getting creative and hunting down points and the wind dropped, only for his heat to get cancelled. Lucking the following day delivered and he kicked off day four with the single eliminations against Jarrod Snow just after sunrise, laying down a super clean no-handed wave 360 and taking the heat convincingly. 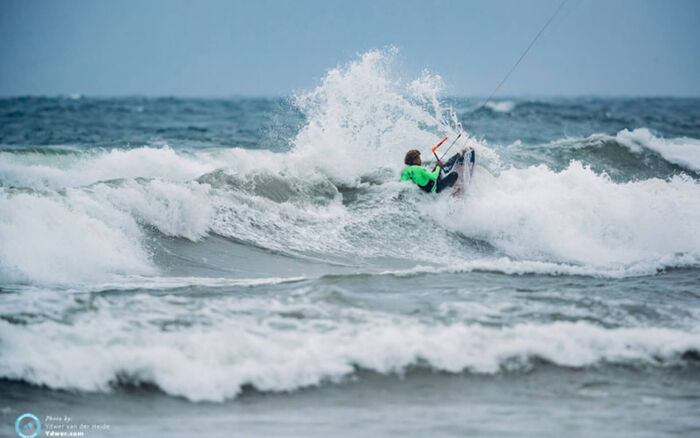 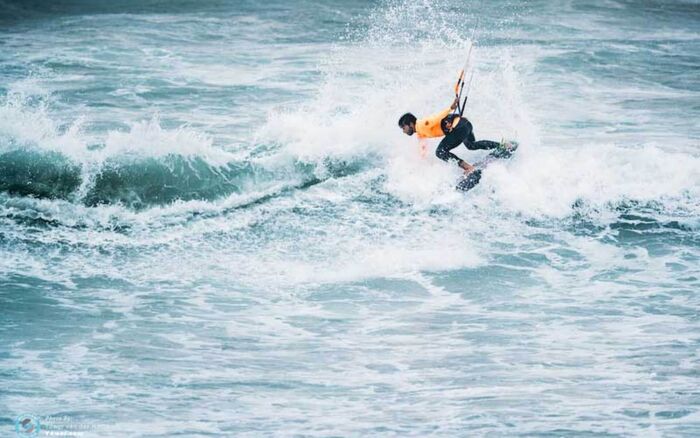 In the quarter finals was wave riding heavyweights and Duotone teammates, Sebastian Ribeiro and local legend James Carew.  Sebastian used to compete on the QS pro surfing tour and James is new raw young talent; very different riding styles. Seb is all about as powered lip hacks and floaty backside tail slides, whilst James has a powered riding style favouring toeside aerials. But it was Seb who advanced through to the semis.

Airton Cozzolino took on local boy, Beau Pilgrim, who spends much of his time kiting at the famous Namotu Island in Fiji. In the first part of the heat, Beau’s kite ejected onto the safety line during a belter of a trick, giving Airton time on his side, and he didn’t waste a second. Airton then lost out to Sebastian Ribeiro, who’s game plan was quality over quantity.

The super-final got underway with Keahi vs Sebastian. Sebastian demonstrated his knowledge of the waves as he predicted the unfolding of the line-up all the way into the inside. But it was Keahi who came out on top as he  Both Keahi and Sebastian are at the top of their game when it comes to waves, but Keahi had the measure of Sebastian today and even tucked into the first barrel of the day before the end buzzer.

The mini-final saw Match vs Mitu, who know each others riding inside and out. Matchu wanted to win, but it looked like he was having fun with it and he even managed a little cover up on one of his bigger waves. It was enough to place third in the singles. With no doubles being completed, the results from the single eliminations now count as the official results for the first ever KSWT Torquay event. 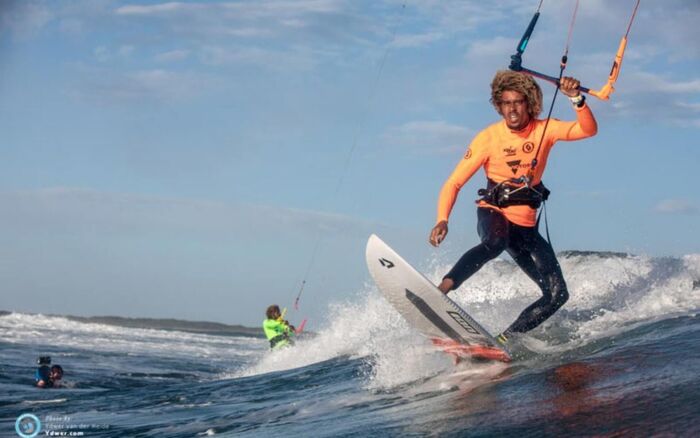 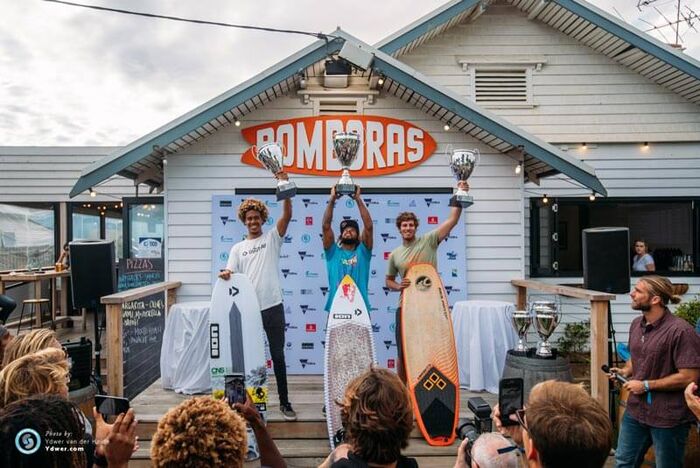 And finally, congratulations to Airton for being crowned the 2018 World Champion and to Matchu who finishes the season in 3rd place. We know these guys will be back with a bang when the tour kicks off in Cape Verde in February 2019!