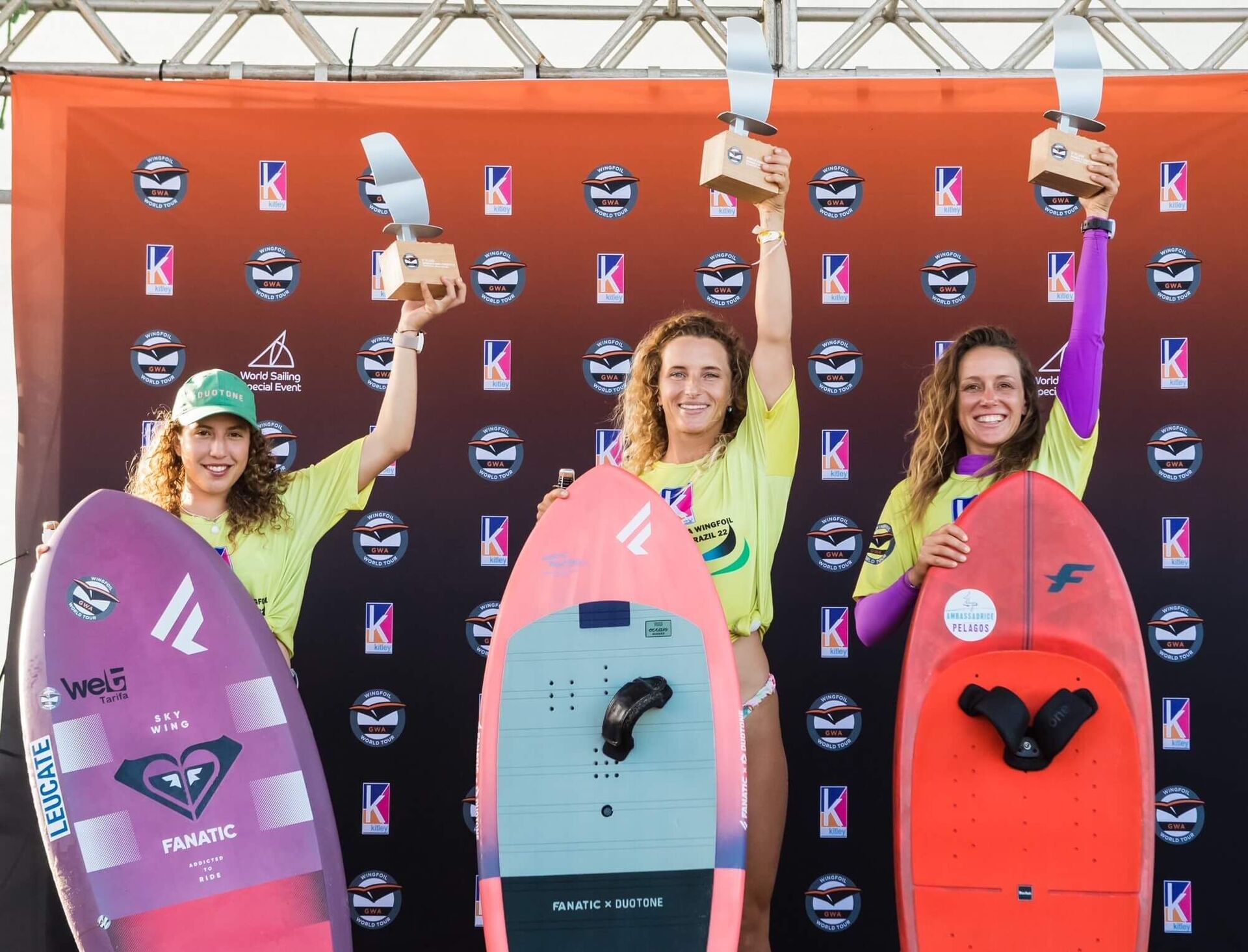 The women Duotone Fanatic team dominated the 2022 GWA World Cup and finished off the season with a full medal set:

Congratulation to both for their outstanding performance! At the GWA World Tour’s 2022 final event in Taiba, Brasil, our two female riders and season-long rivals Nia and Paula sealed an amazing competition season. In the men’s fleet Clement Roseyro draw attention with his excellent 5th place in Surf-Freestyle only beaten by the event winner and new World Champion Malo Guenole. 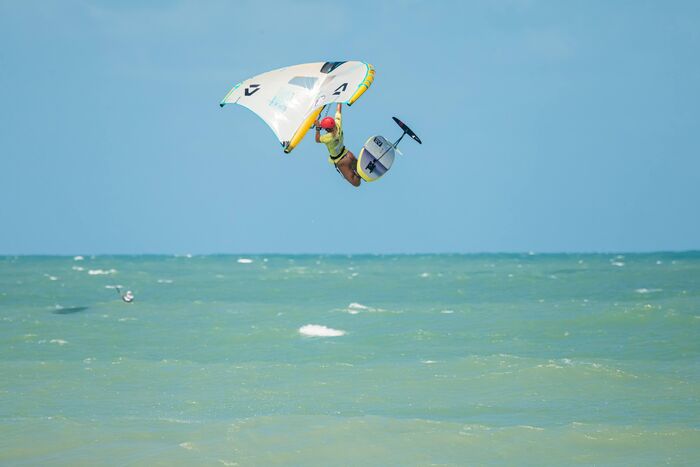 Paula Novotna had already won the women’s championship before this World Cup event in Brazil. In the best possible wave conditions of the season Paula and Nia showed off with sensational performance. And both reassured their World Championship titles.

The Youngster Nia Suardiaz again stepped on the podium finishing in 3rd position at the event and is now the official GWA Freestyle Vice World Champion 2022.

Paula Novotna was disappointed not to make the final at the event and ended up in 4th position after a hard fight in the small final with her season-long rival Nia. 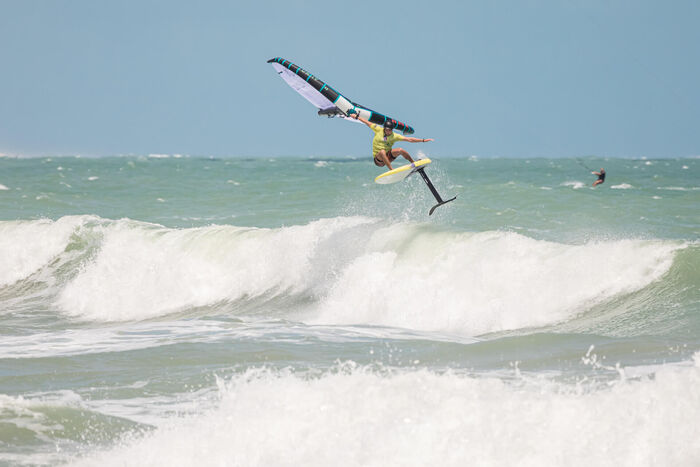 The French waterman Clement Roseyro showed his wave skills and was only stopped in the quarter finals by his fellow countryman Malo Guenole, who won the event and is the new GWA Surf-Freestyle World Champion.

Congratulations for this excellent 5th place!

The Surf-Slalom World Championship was as well within these three ladies’ grasp: Flora Artzner, Nia Suradiaz and Paula Novotna.

After six straight wins the previous day, Nia Suardiaz had been doing all she could to try to catch the women’s tour leader, Flora Artzner, who only needed to finish in fourth or better at this event to claim her first title. In the final race, again the French rider was chased down by Nia followed by her teammate and freshly crowned Freestyle World Champion Paula Novotna. 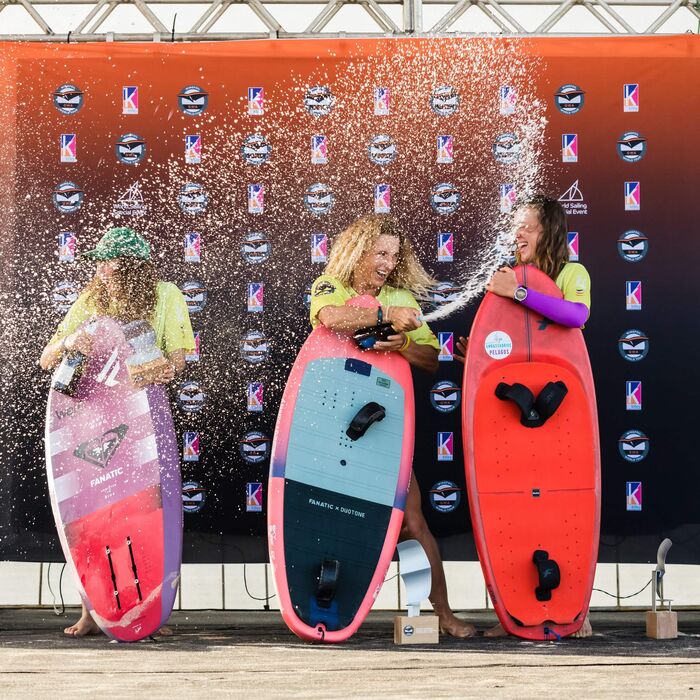 Already now we are looking for the women’s rival to continue in 2023 with the GWA Wingfoil World Tour kicking off with a new location in New Zealand in March.