GREAT START TO THE SEASON

Double win for our Duotone/Fanatic Girls Nina Suardiaz and PAULA NOVOTNA and a strong Top 5 finish for STEFAN SPIESSBERGER in the Men's Freestyle division at the opening event of the 2022 GWA Wingfoil Worldtour. 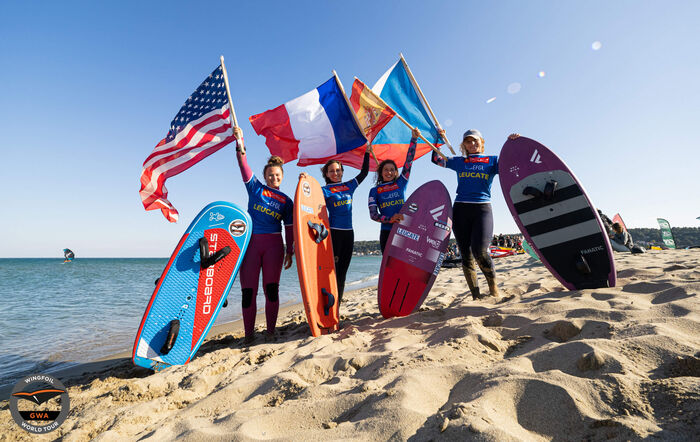 The GWA Wingfoil World Tour 2022 has officially begun and the season kicked off with the first event of the year in Leucate/France. The event saw a record number of participants with 85 riders competing in the Slalom discipline and almost 50 riders competing in Freestyle  - Wingfoiling is still very much on the rise!

WOMEN’S SURF FREESTYLE
In just her second GWA Wingfoil World Tour competition, 15 year old Spaniard, Nia Suardiaz, took her first event win with impressive composure against a fleet of female Surf-Freestyle riders that had grown to ten at this event.

By the time the women’s final was held, around 6pm, the wind was firing at 25 knots, gusting up to 30.

The choice of Nina Suardiaz’ trick list in the final was a toeside frontside 540 that she landed in the middle of a total of eight clean tricks landed from 11 attempts.

In the end her well known opponent from Czech Republic, Paula Novotna, 29, brings a decade of kitesurfing competition experience to the game and had stacked up the highest heat score of the competition in the semi final (24.69) against Flora Artzner from France 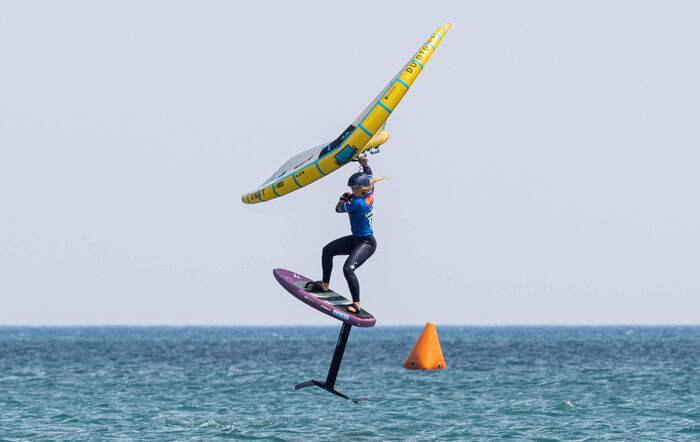 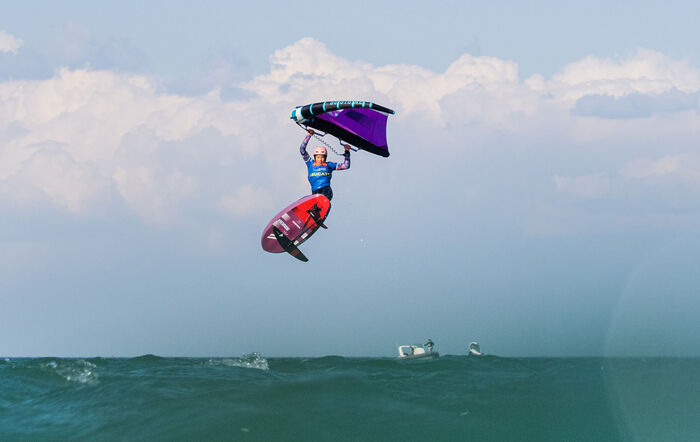 As it’s her personal style, Paula gave her everything and fought to the very end of the final, finishing just over a single point behind the teenager, who took the win with 19.77 points.

After the beach podium when interviewed in Spanish for the upcoming highlight video, Nia smiled widely and said she’s very proud of her achievement, thankful for all who have helped her so far in her career and she’s very much looking forward to the rest of this world tour season! 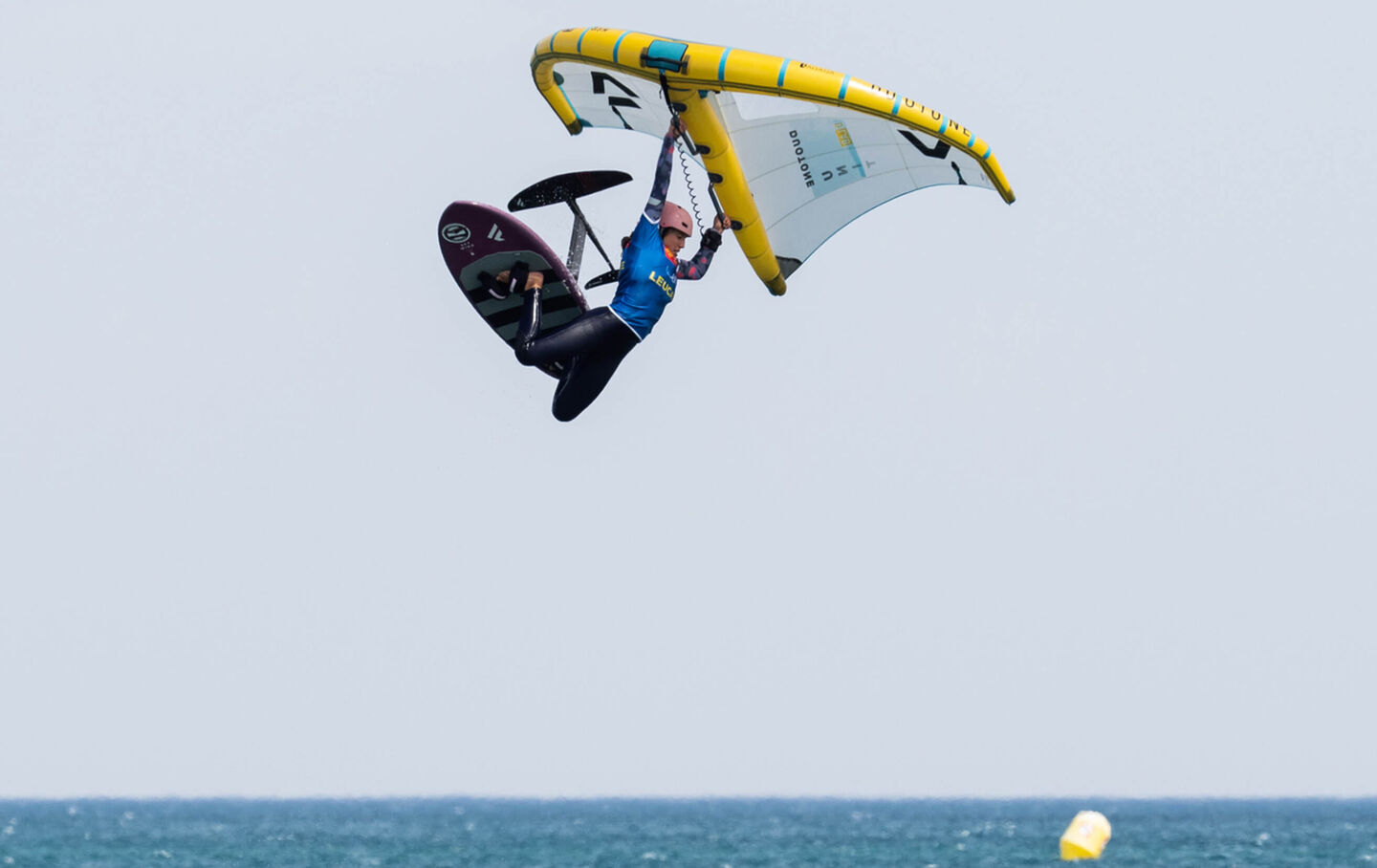 “We had two amazing days of wind during the weekend before the competition started. The last event in Tarifa feels like a long time ago and it was super crazy to see to what level the young riders are taking the sport right now! The pressure for the event was definitely on!!" - Stefan Spiessberger

The first freestyle competition day on Saturday was a hectic day for both riders and crew. We managed to get through 52 heats in the Men's fleet in just one day. Stefan Spiessberger stormed through the first rounds of competition winning his round 1 heat with the second highest heat score of the round. Opening up his heats with textbook Backflips and landing clean 720’s, Stefan advanced through round 3 and 4 against Liam Dunkerbeck and Xavi Corr both from Spain. 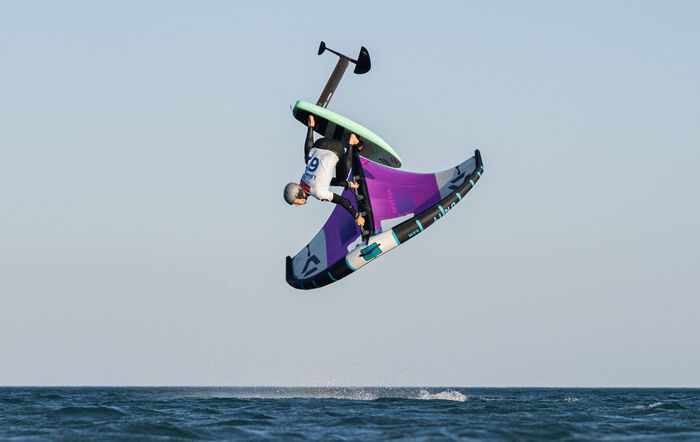 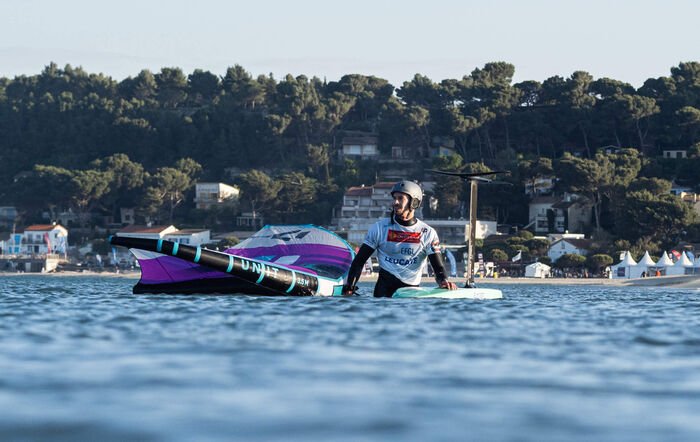 The quarter finals were set, and the field was down to 8 riders out of 48. The stakes were high as it was all about advancing to the top 4 of the competition. Balz Müller and Camille Bouyer both won their heats and secured the first 2 spots in the semi-final. Stefan Spiessberger was up against Italian powerhouse Francesco Cappuzzo for a place in the top 4. “I knew I had to give my very best to get through against Francesco. After having a solid start to the heat, I just struggled to land my 720 as clean as I needed it to be!” Cappuzzo went on and took the win in this heat leaving Stefan with a 5th place finish. In the end it was Balz Müller from Switzerland who took the win in the Event!

Nia Suradiaz completed her perfect week with a 3rd place podium finish after showing some strong races and consistency in every one of them. Paula Novotna managed to secure a 4th place finish in the slalom just behind Nia while Flora Artzner from France who took the win.

In the Men’s division Linus Pünder from Germany managed to place himself at 4th place in elimination 4 which made him jump up the the 10th place in the overall ranking at the end of the event. 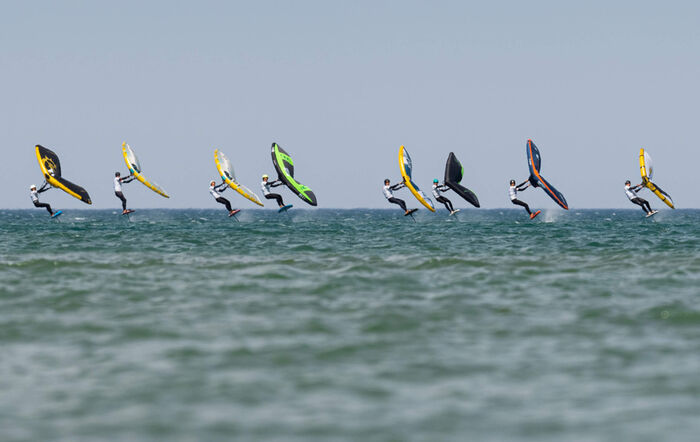 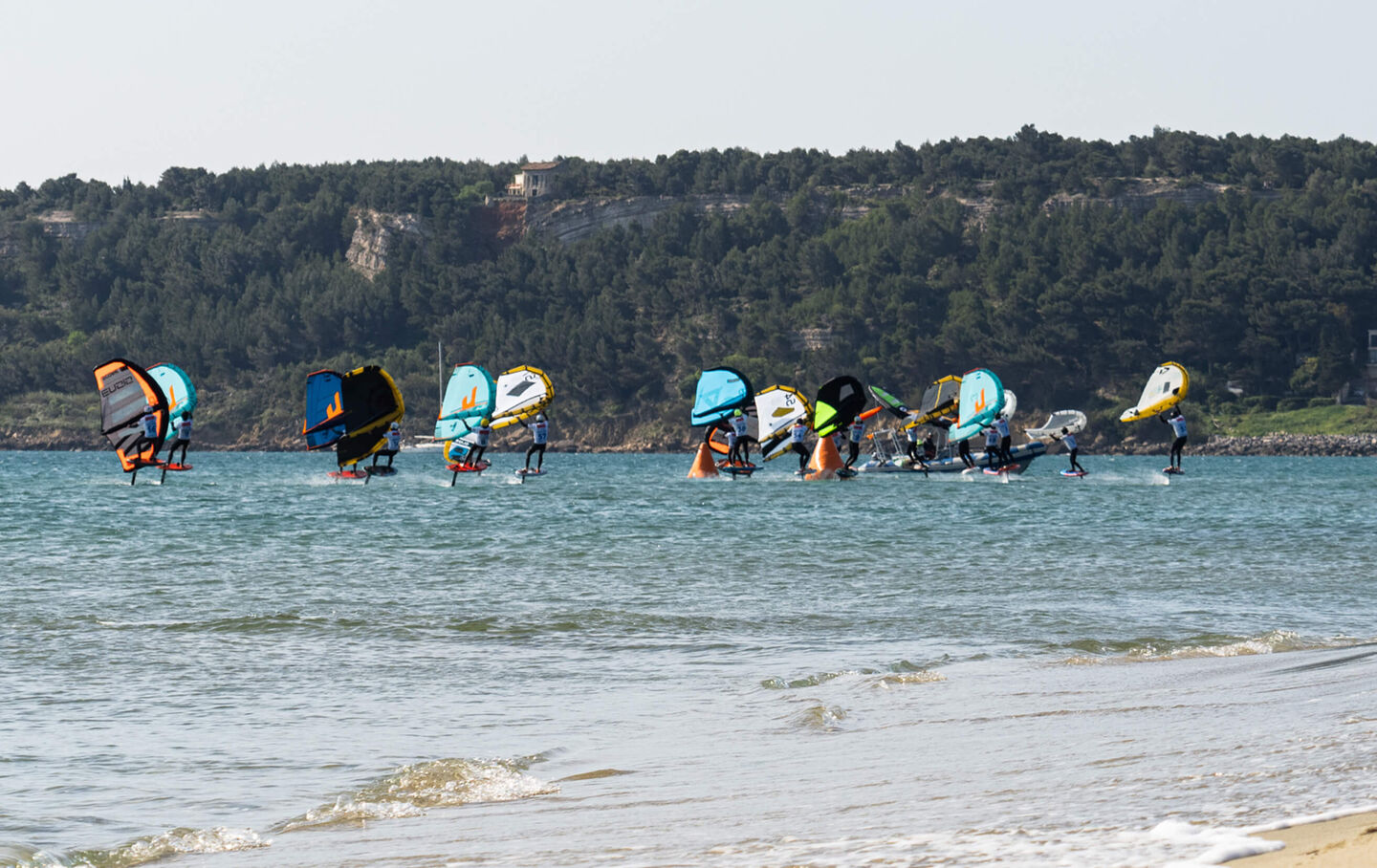 Congratulations to our Team, we are looking forward to an exciting season on Tour!